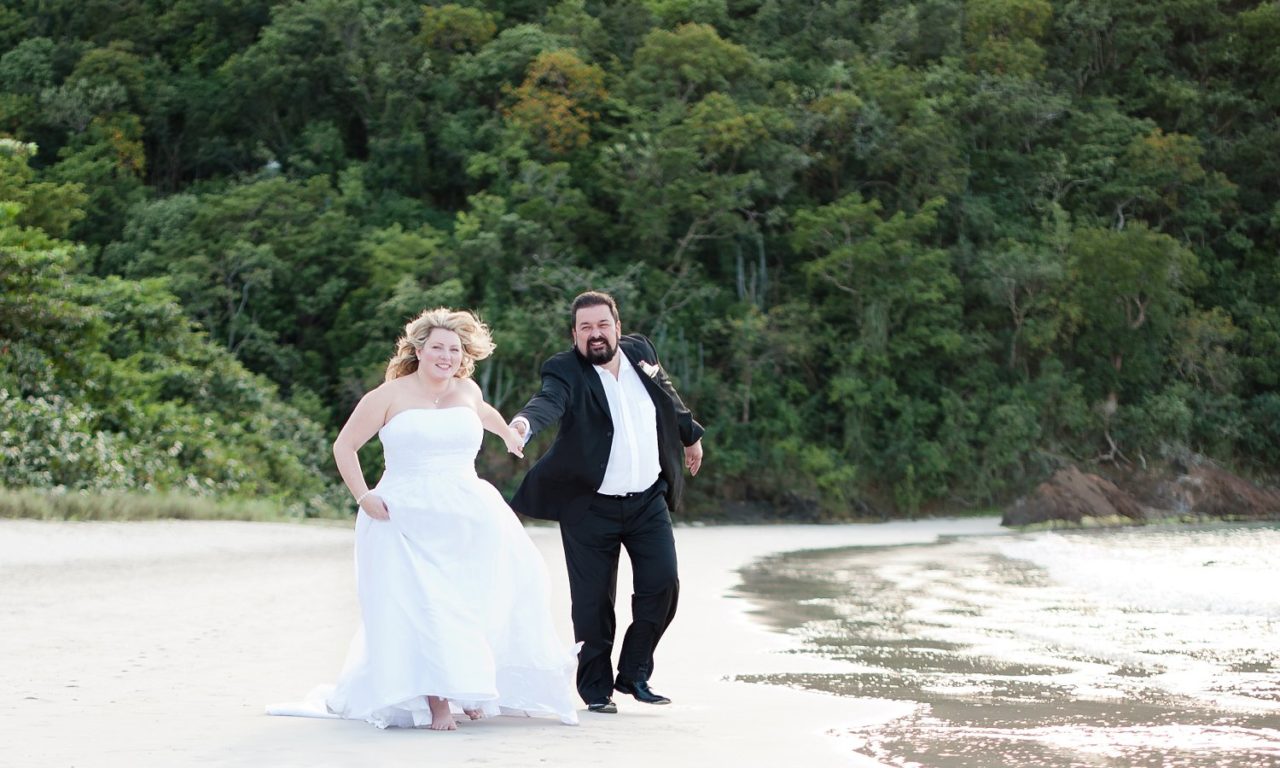 WANNA KNOW WHAT’S JUST AS FUN AS ELOPING TO A CARIBBEAN ISLAND?

Basically, an almost elopement is when you plan to elope but you bring a few others with you instead. It’s intimate, romantic, and it’s nice to have a few guests to celebrate with, without the headaches of hosting a full on wedding.

Tasha and Mel’s almost elopement was just perfect for the two of them. They were joined by Tasha’s mother and step-father who were celebrating their 30th anniversary – THAT VERY DAY!

The ceremony was held in the late afternoon, but before sunset at Magens Bay to capture the bright blue water that the islands are known for. Just take a look at their photos captured by the talented Megan Biggs. 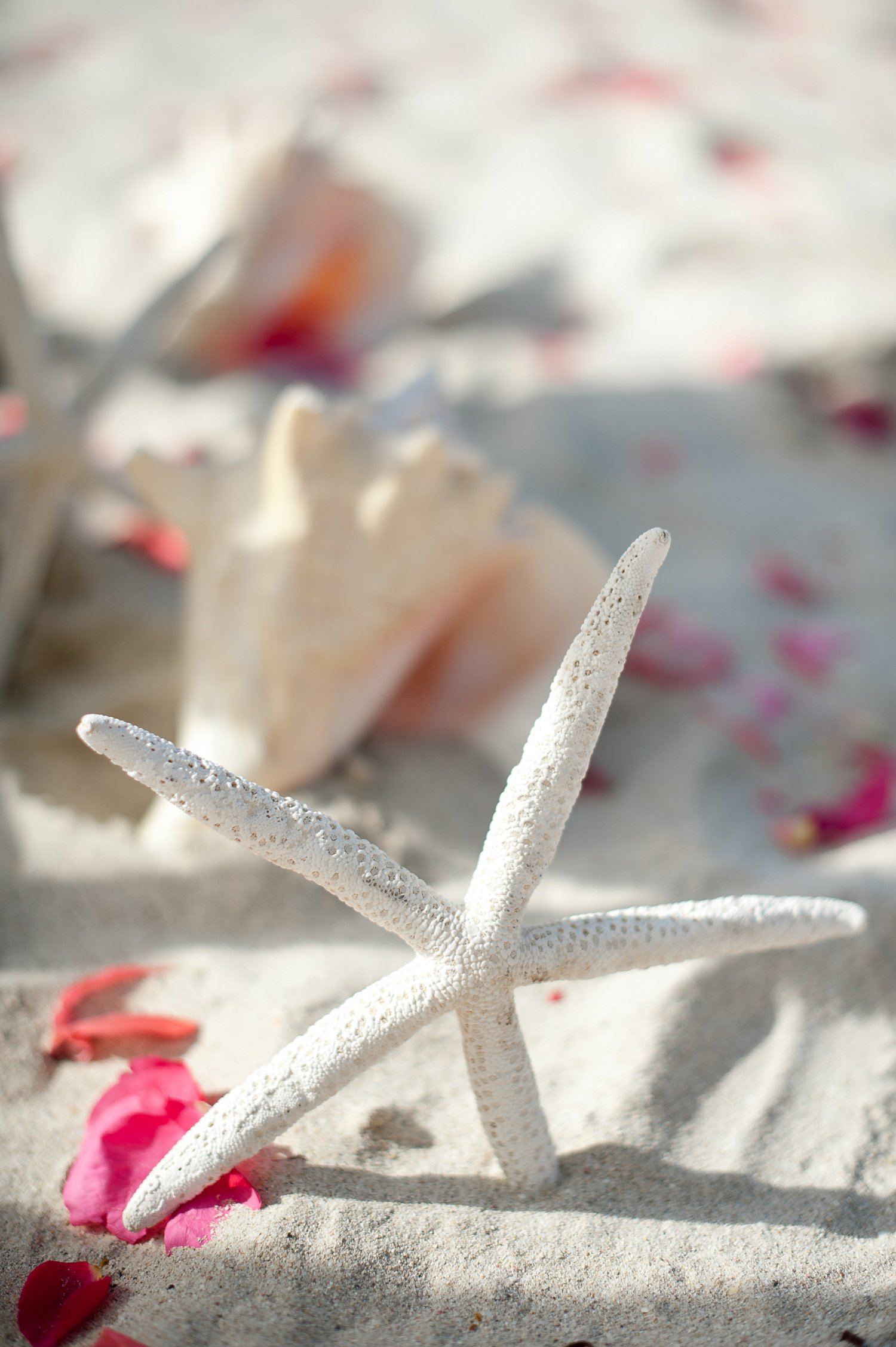 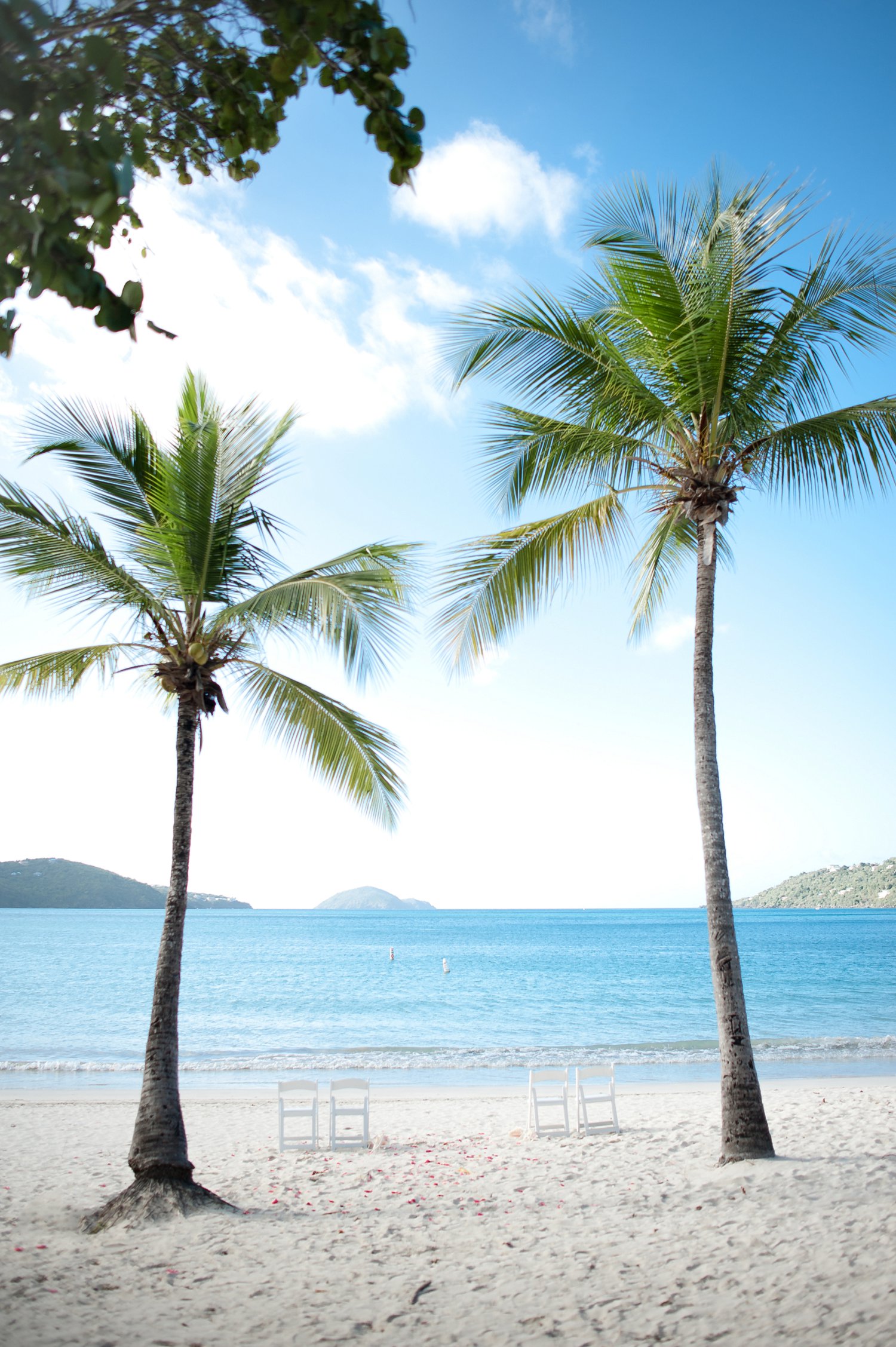 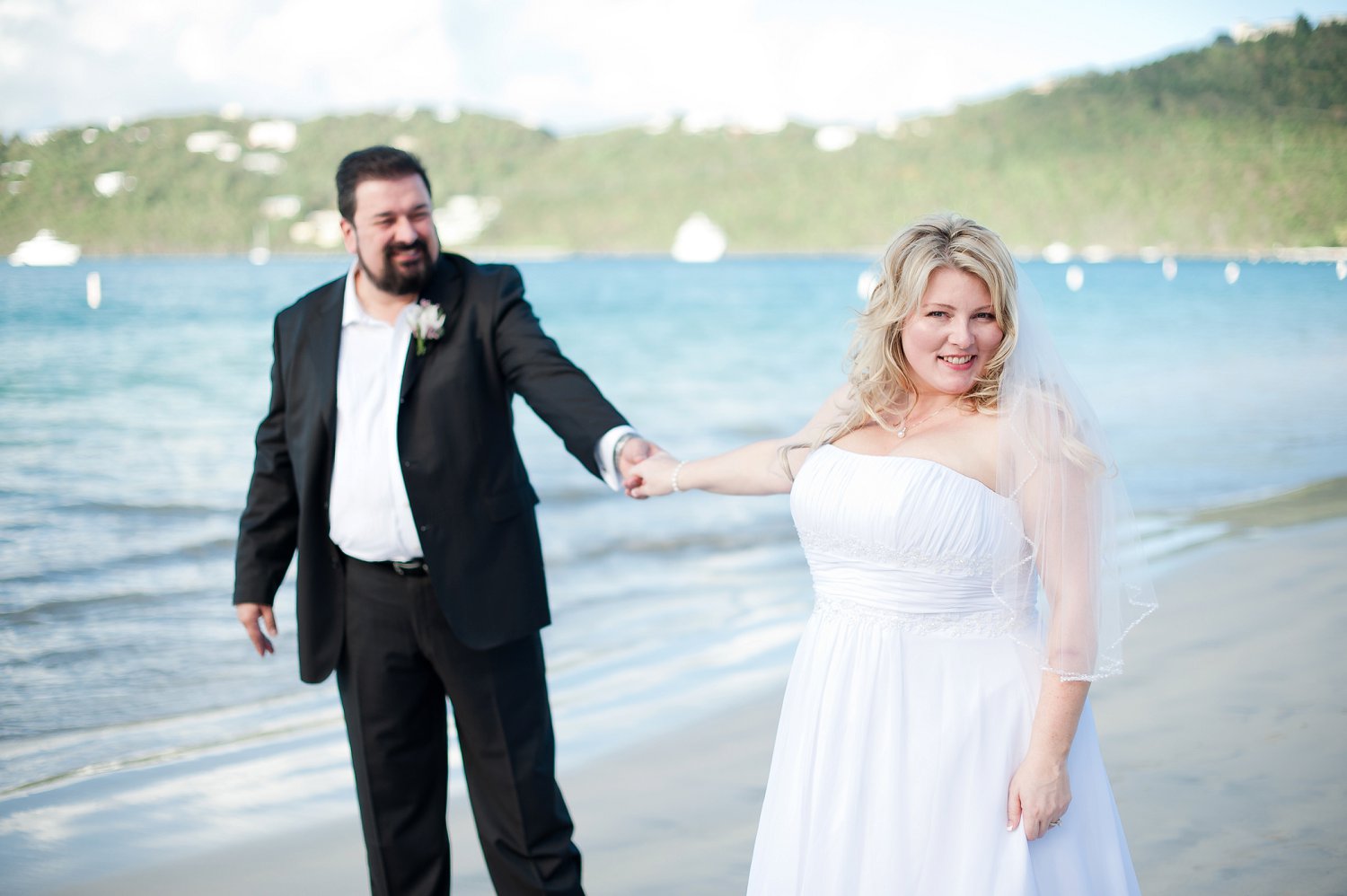 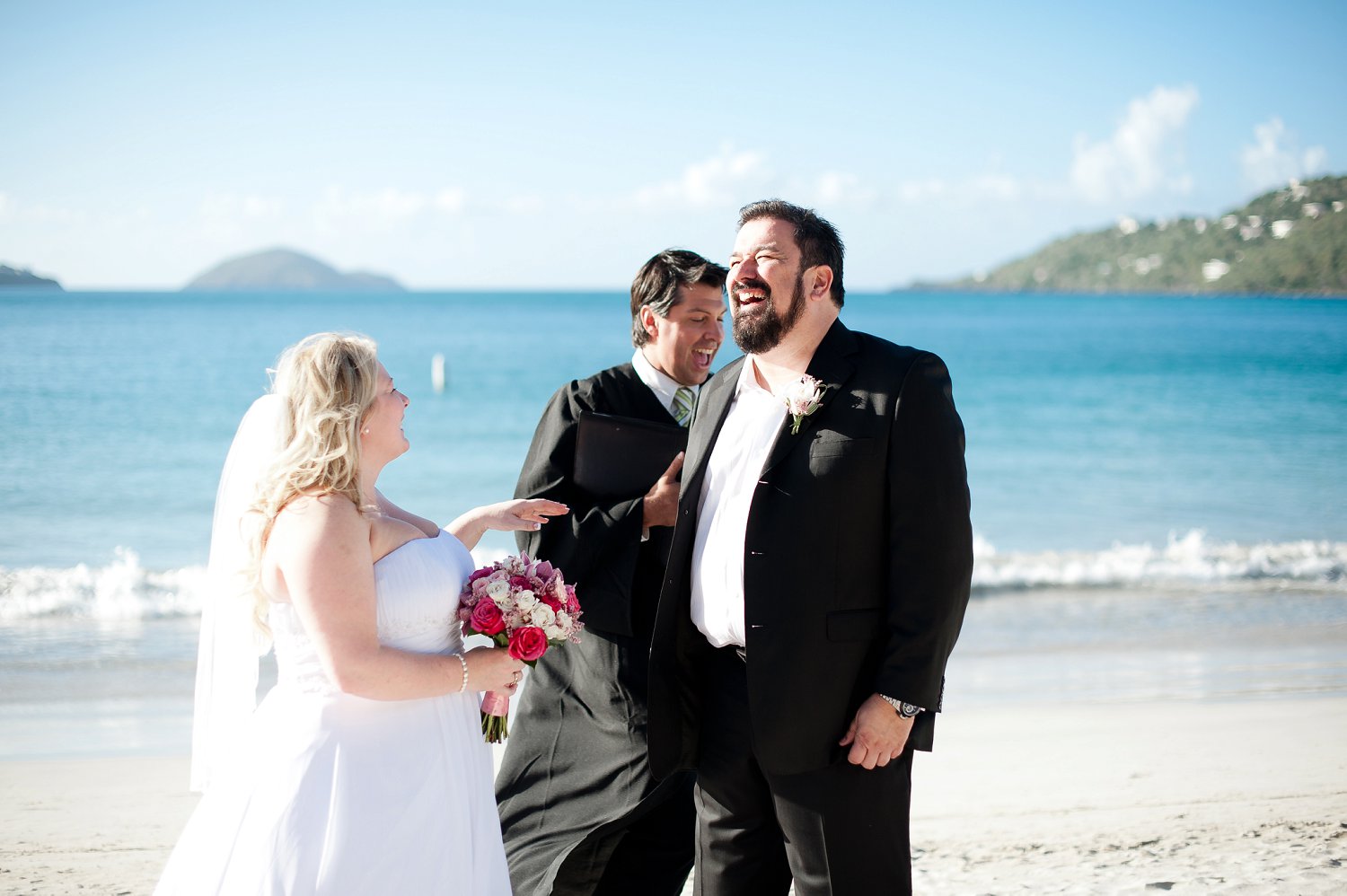 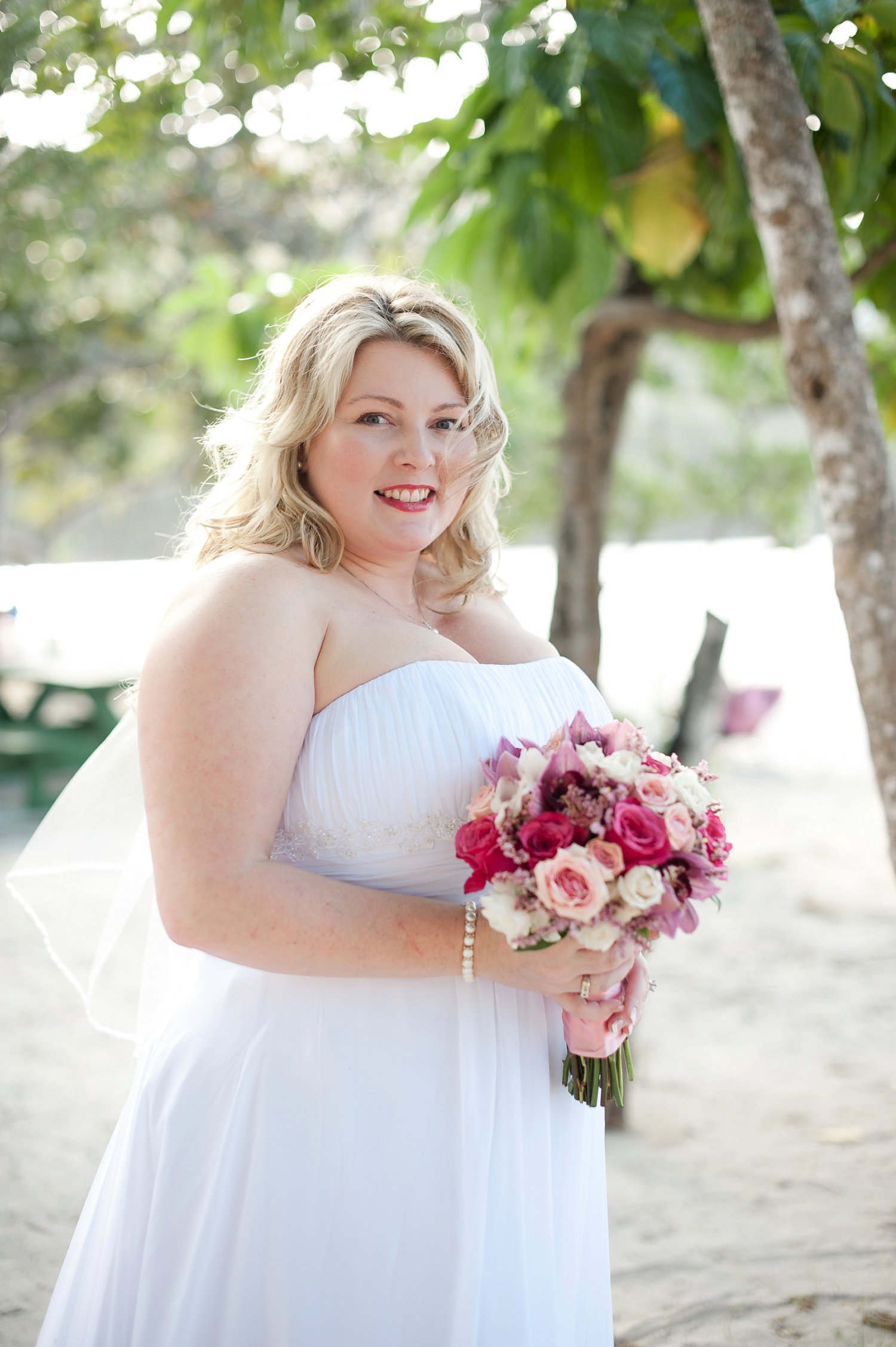 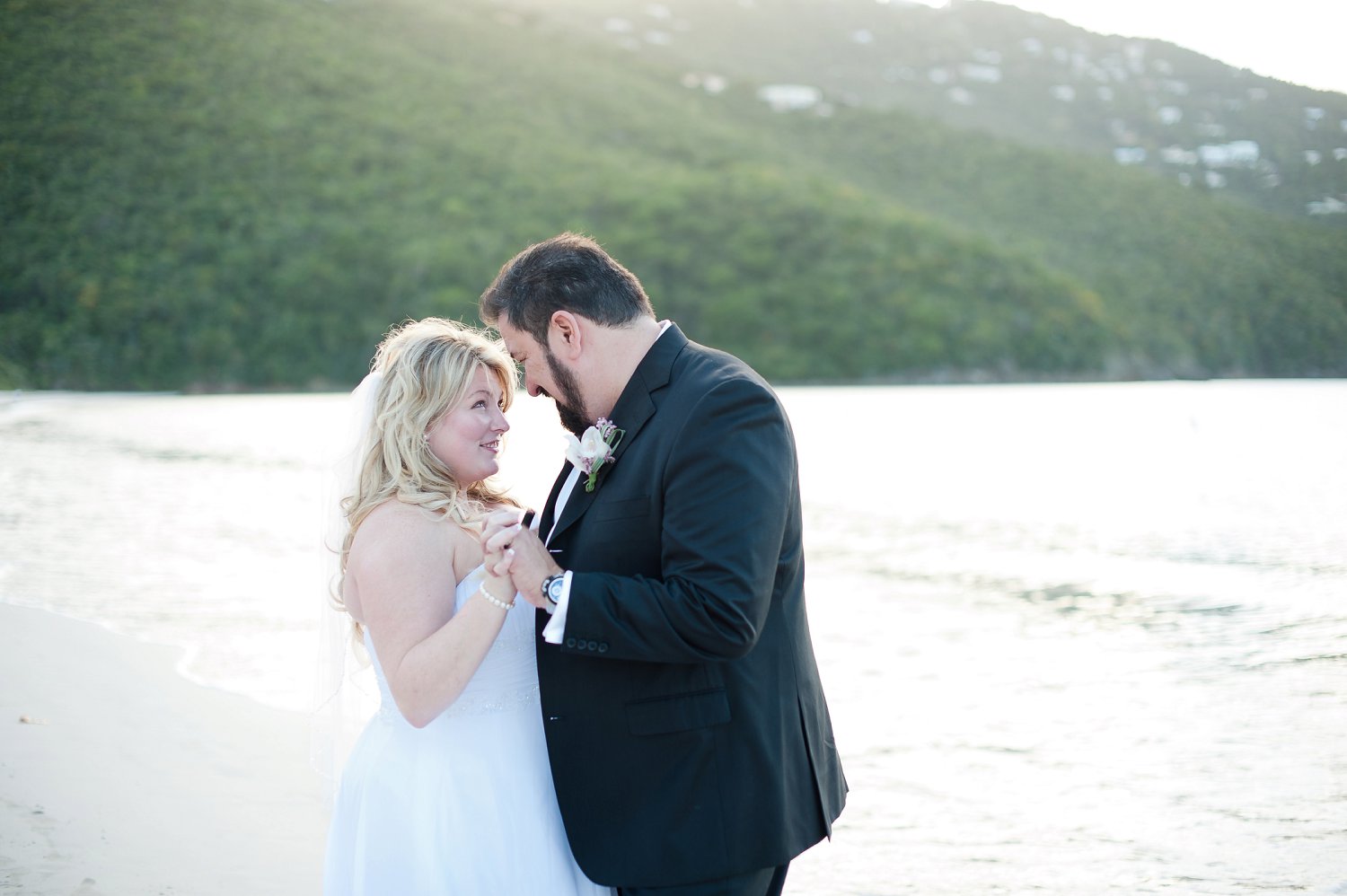 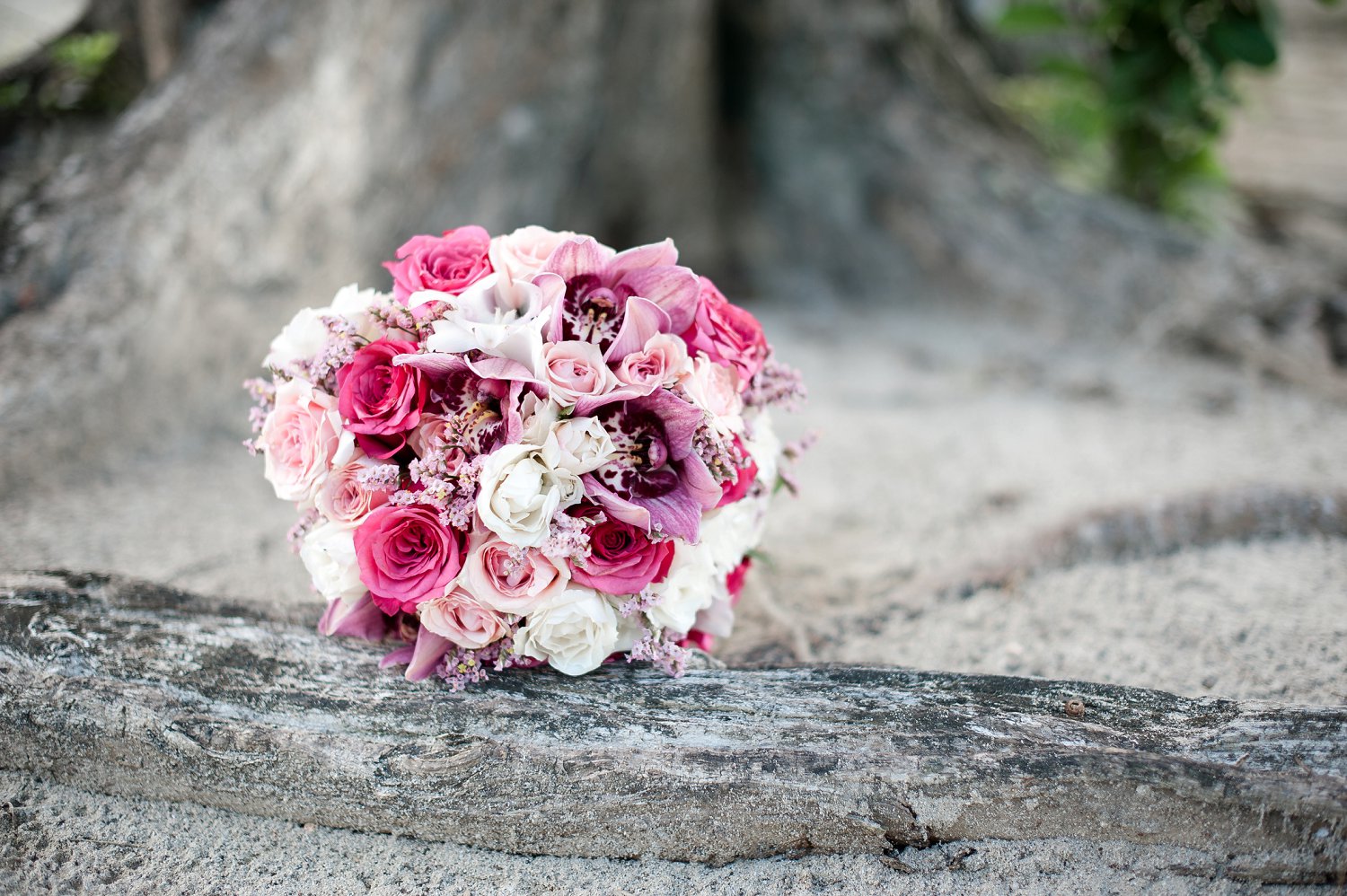 Tasha and Mel wanted an island getaway to relax and to make their promises with their toes in the sand.

And their wedding was the perfect recipe – a gorgeous beach, simple beachy decor, a bright pop of color with a tropical orchids in her bouquet, and a fun little cake and rum punch toast on the beach. 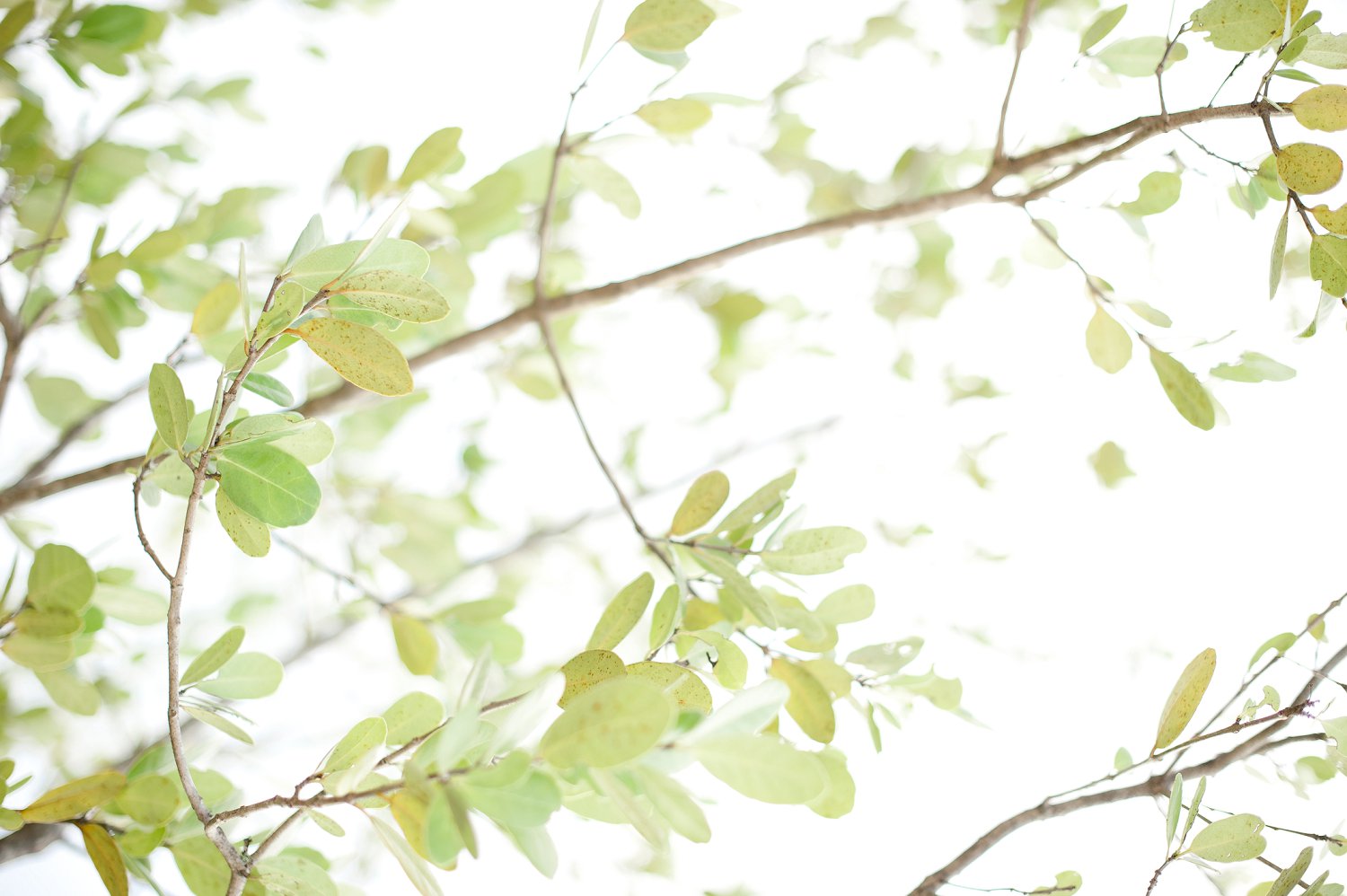 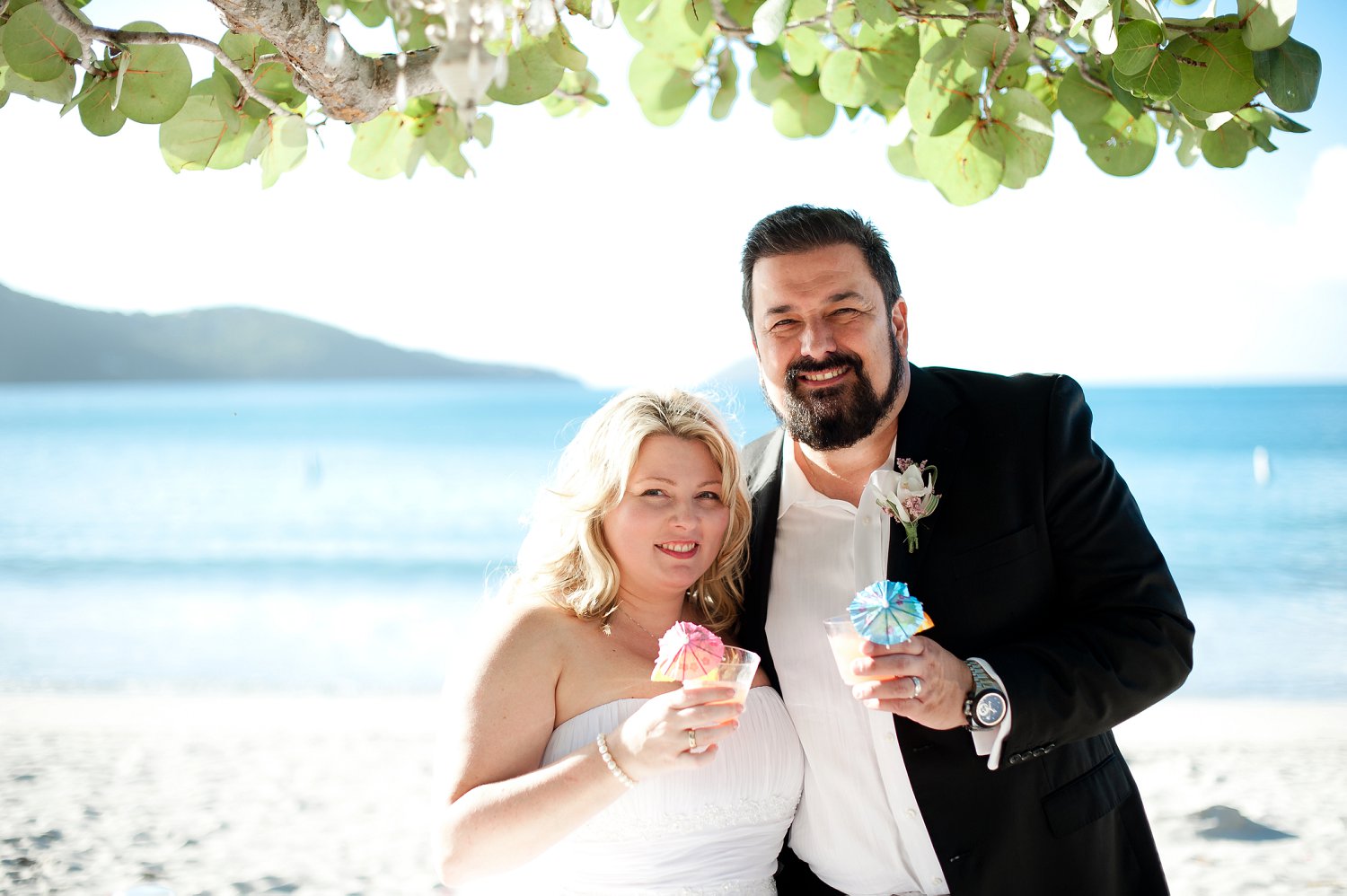 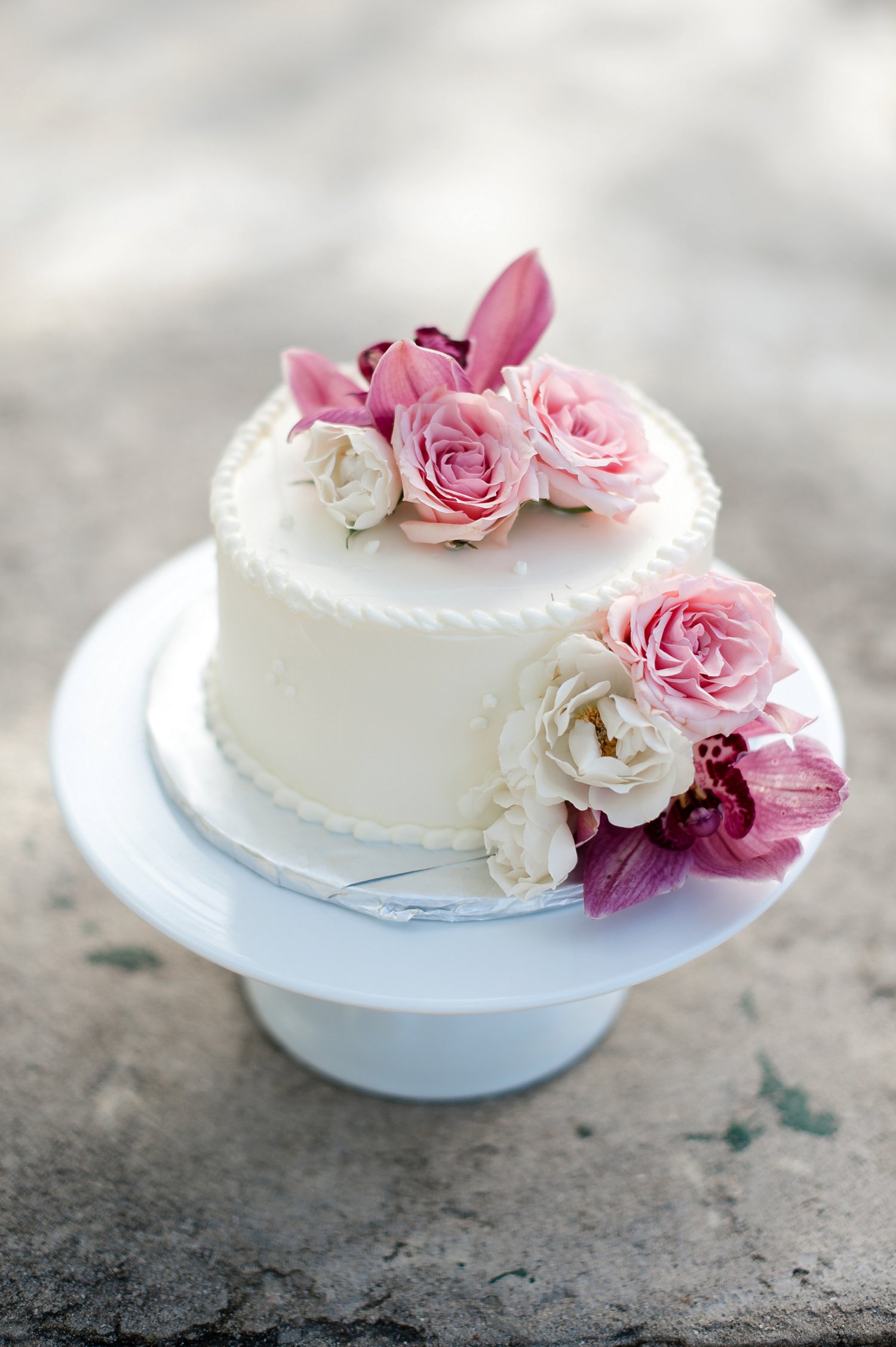 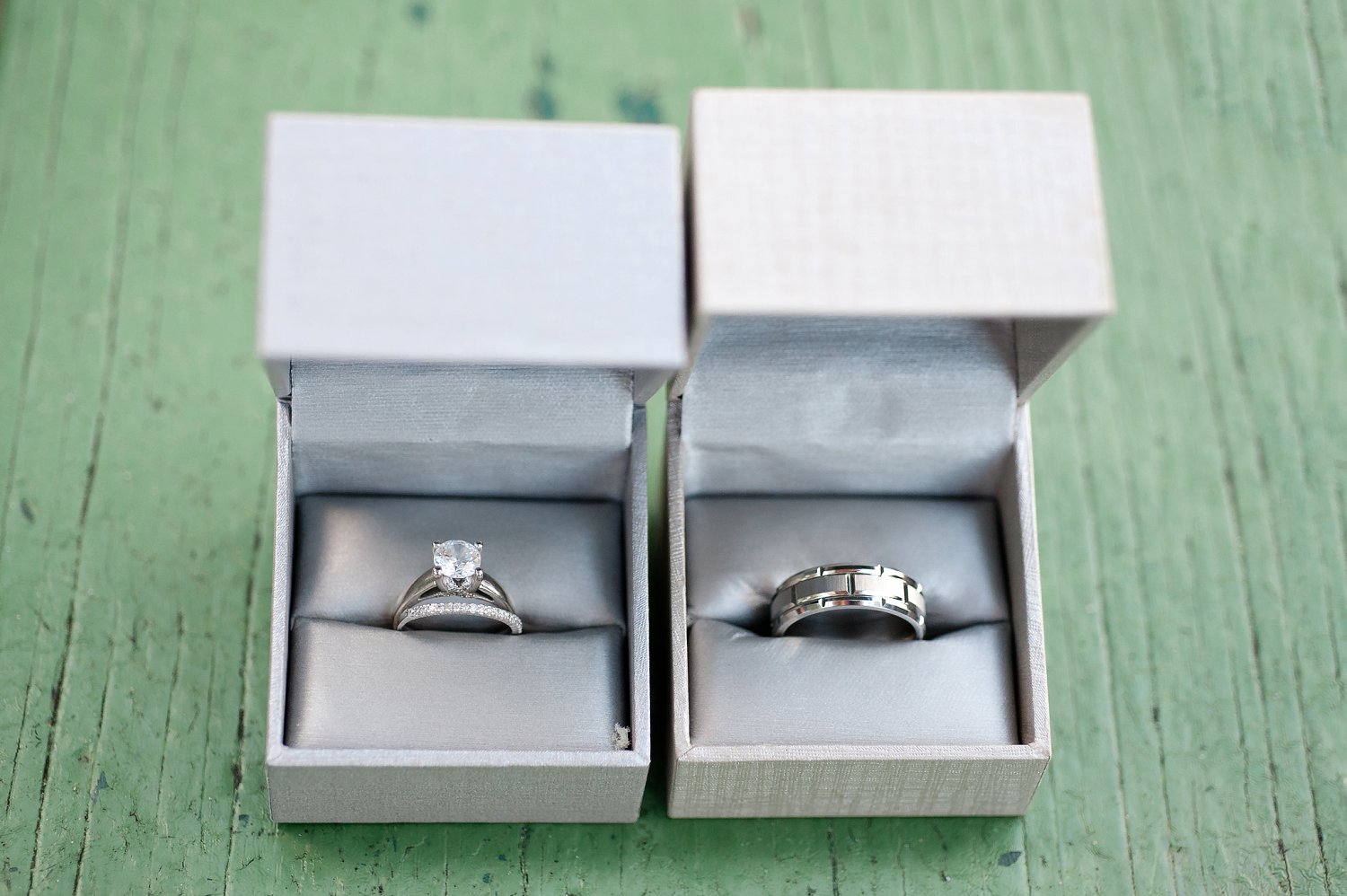 For a quiet morning ceremony, Lindquist beach was the perfect location, despite a sargassum bloom. The maintenance team worked  hard to clear the area we wanted for the ceremony before Andreece and Nenad arrived.

After the ceremony, the couple had enjoyed some ice cold bubbly and yummy cake while they took their wedding portraits.

And after they were done, they jumped on into the inviting Caribbean sea for a mini trash the dress session. Thank you Megan Biggs for sharing these gorgeous images of the day! 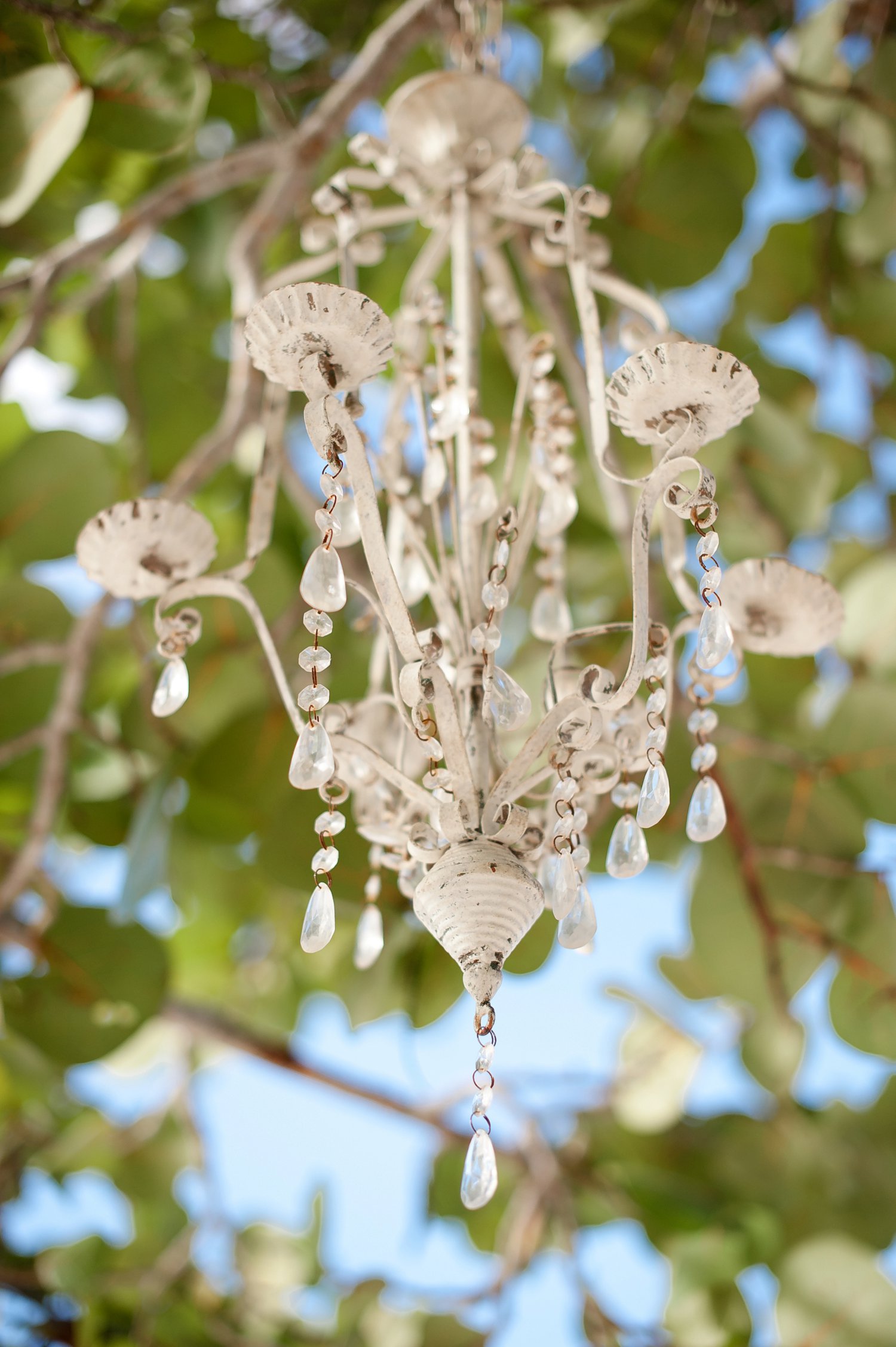 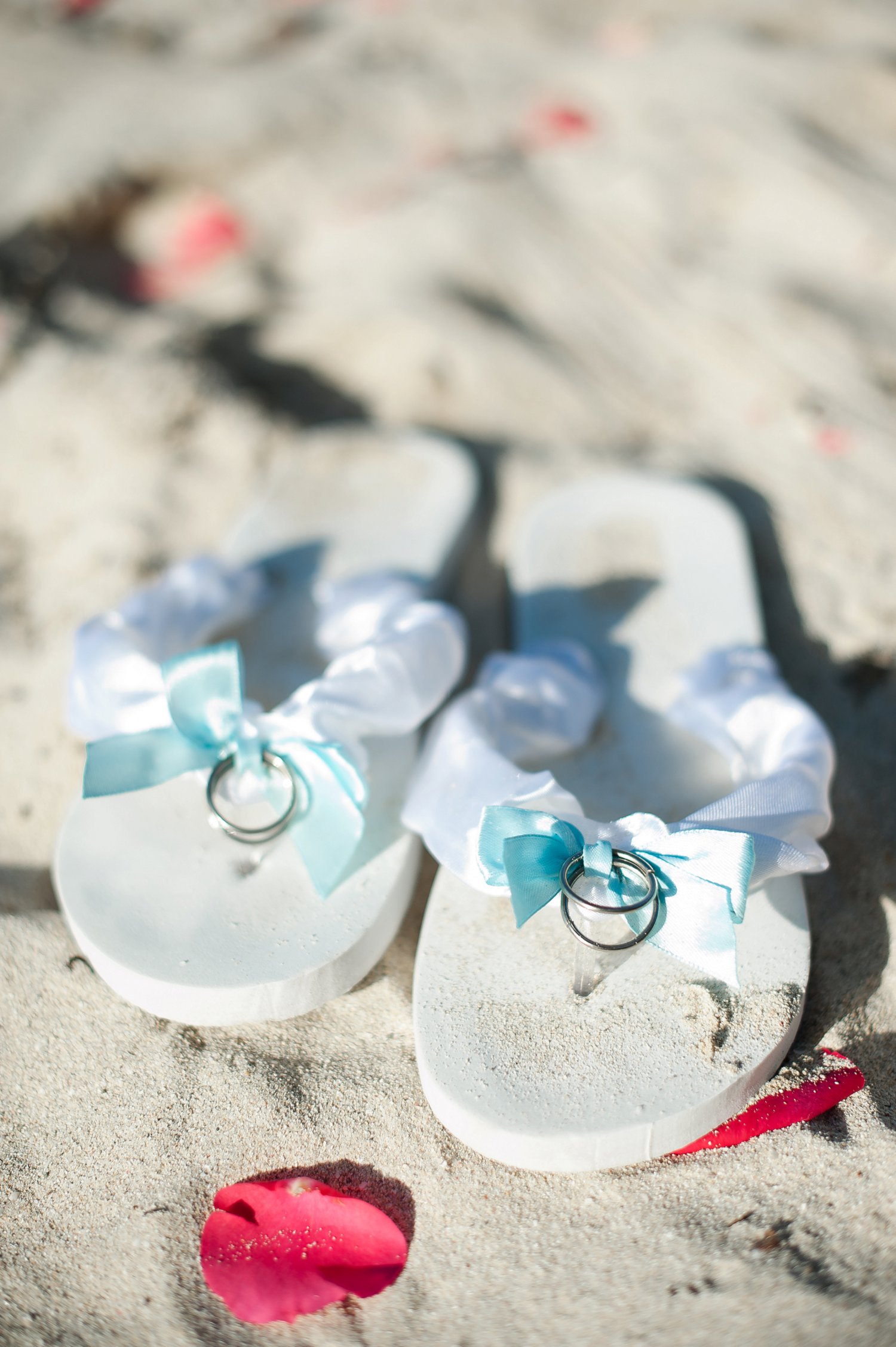 Thank you for all you did for my wedding…and had a baby just a few days before 🙂 you were awesome!! 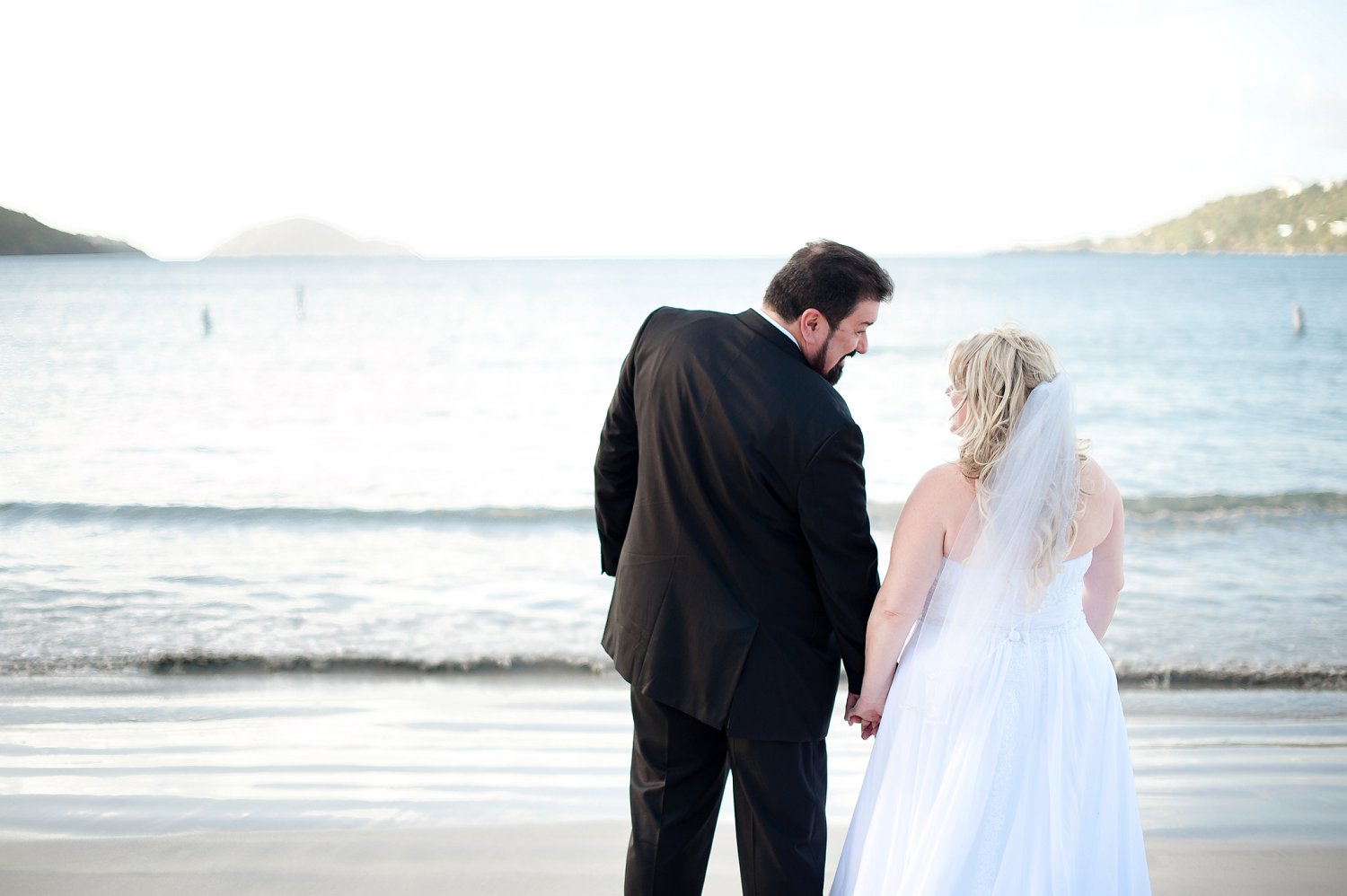 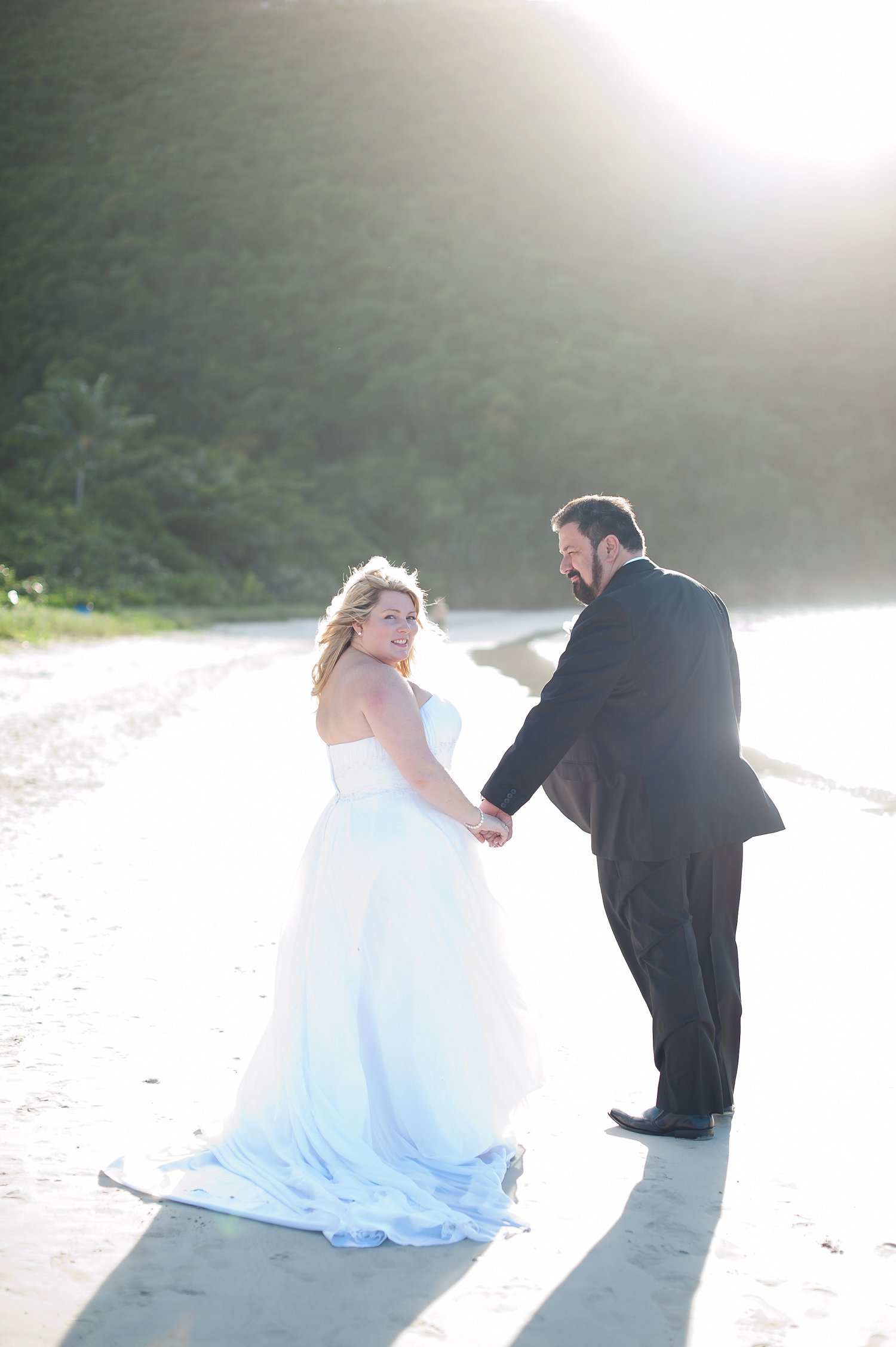 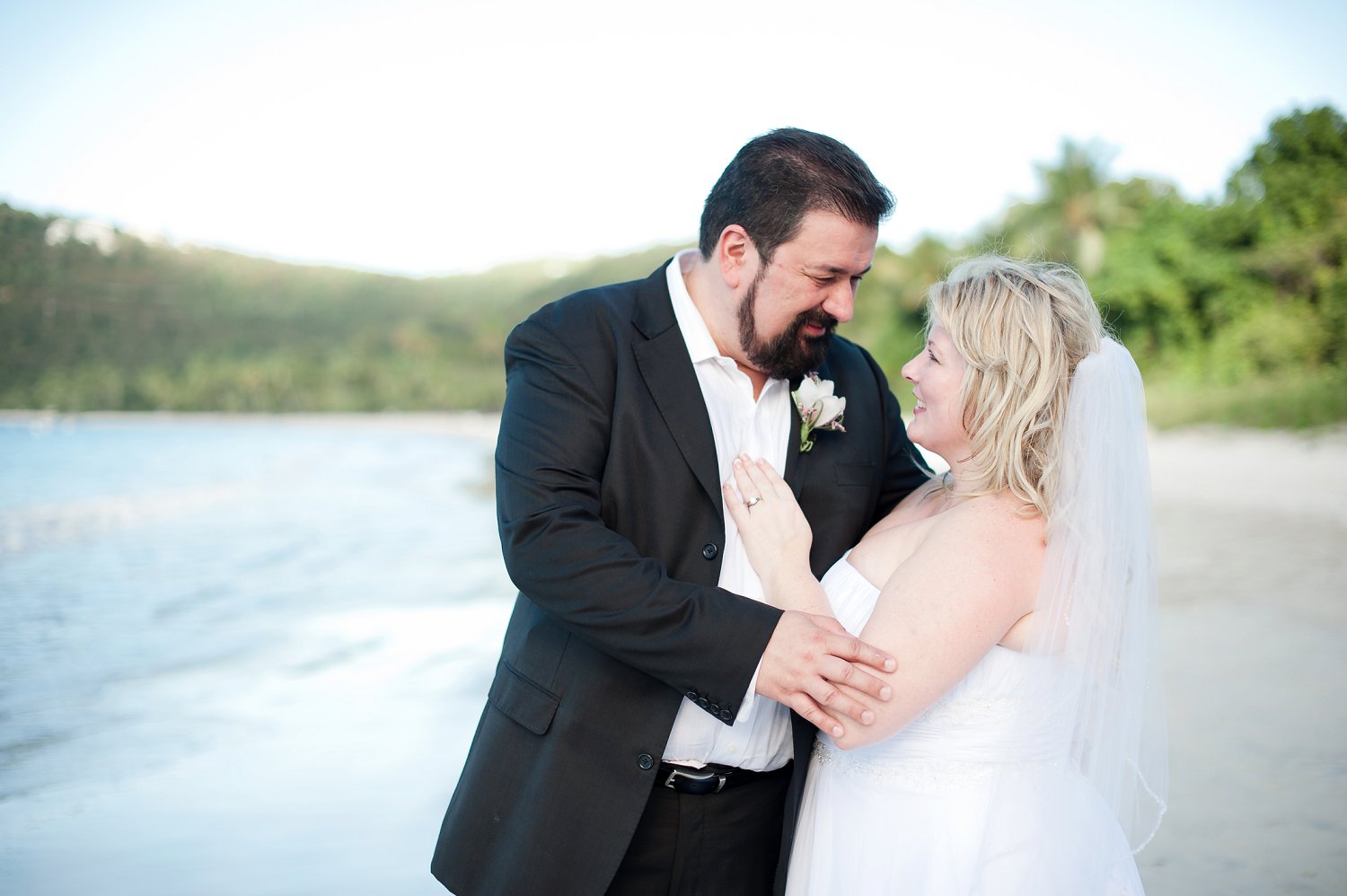 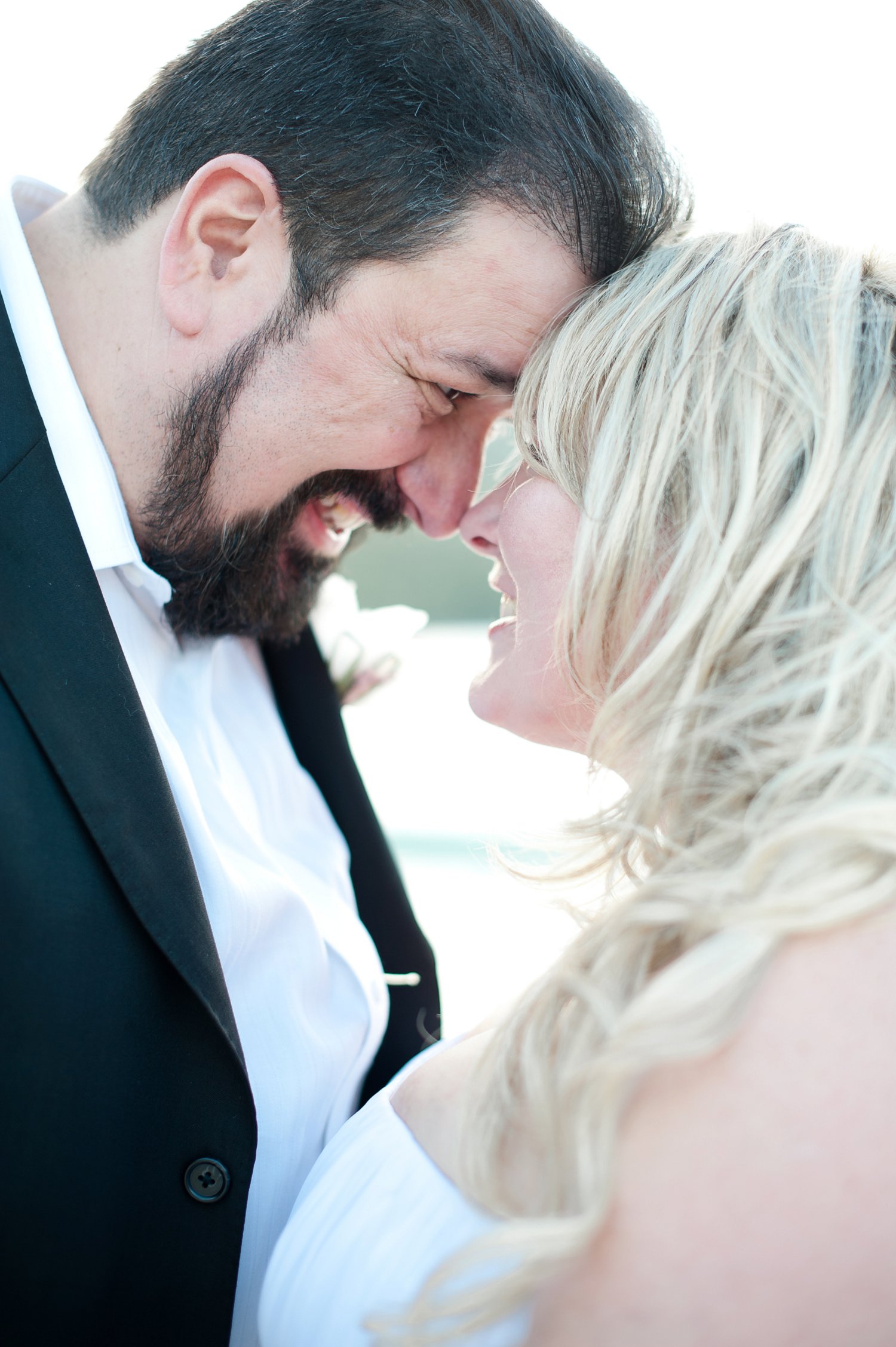 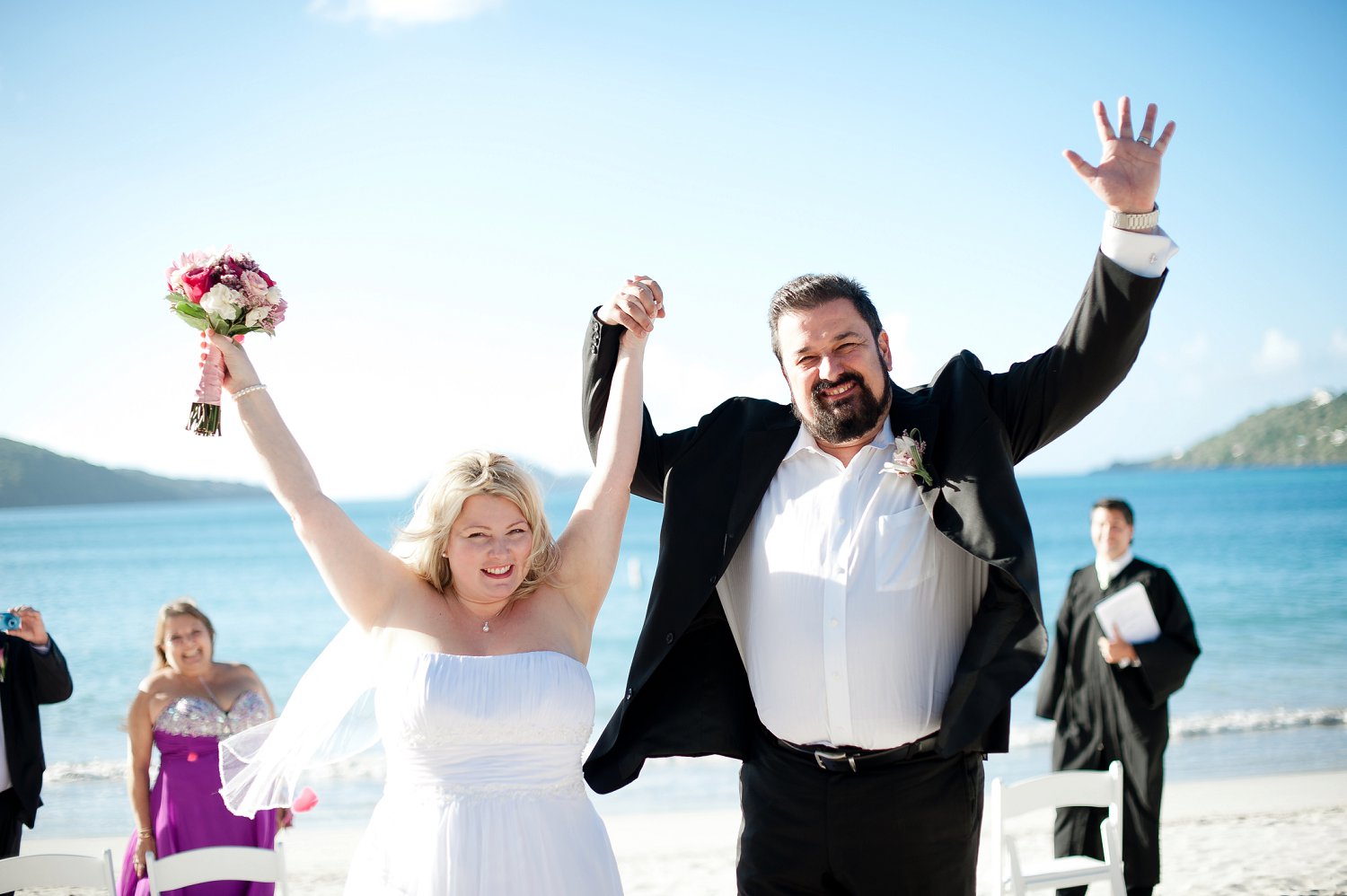