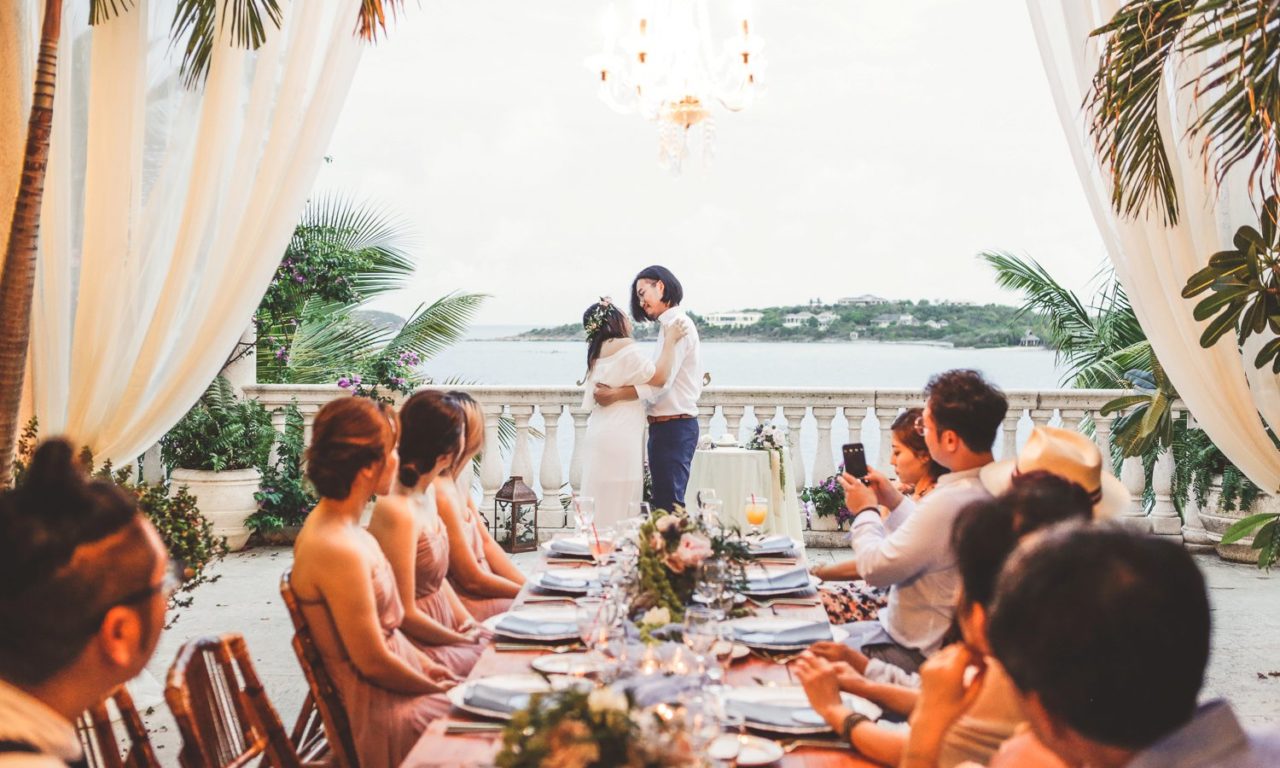 Audrey and Ben’s wedding was everything I love about destination weddings at vacation villas.

Wedding ceremonies by their nature are solemn events. But there’s something about getting married in a space that feels like home.

This wedding was the perfect blend of tradition and modern ease. It was heartfelt and personalized. 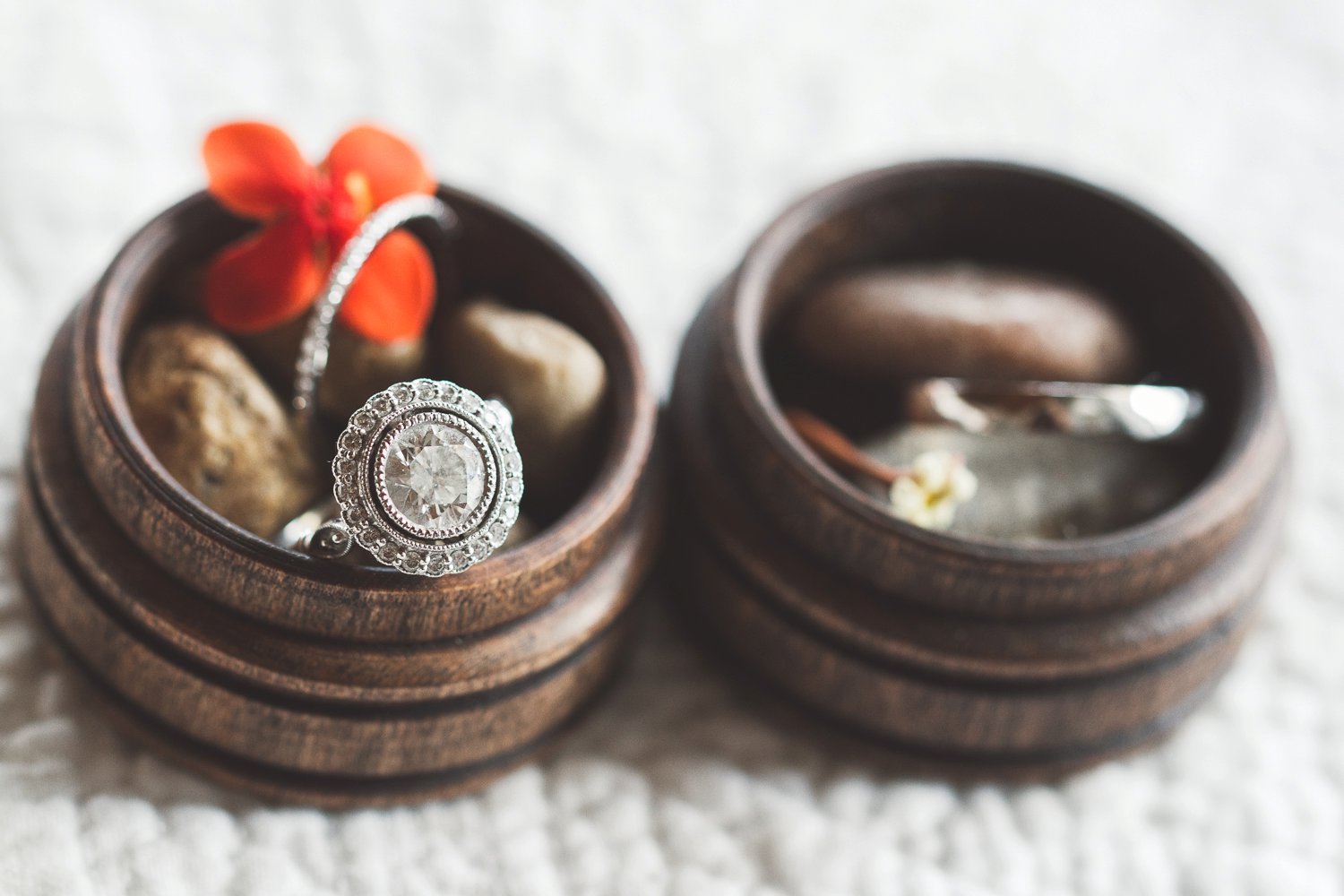 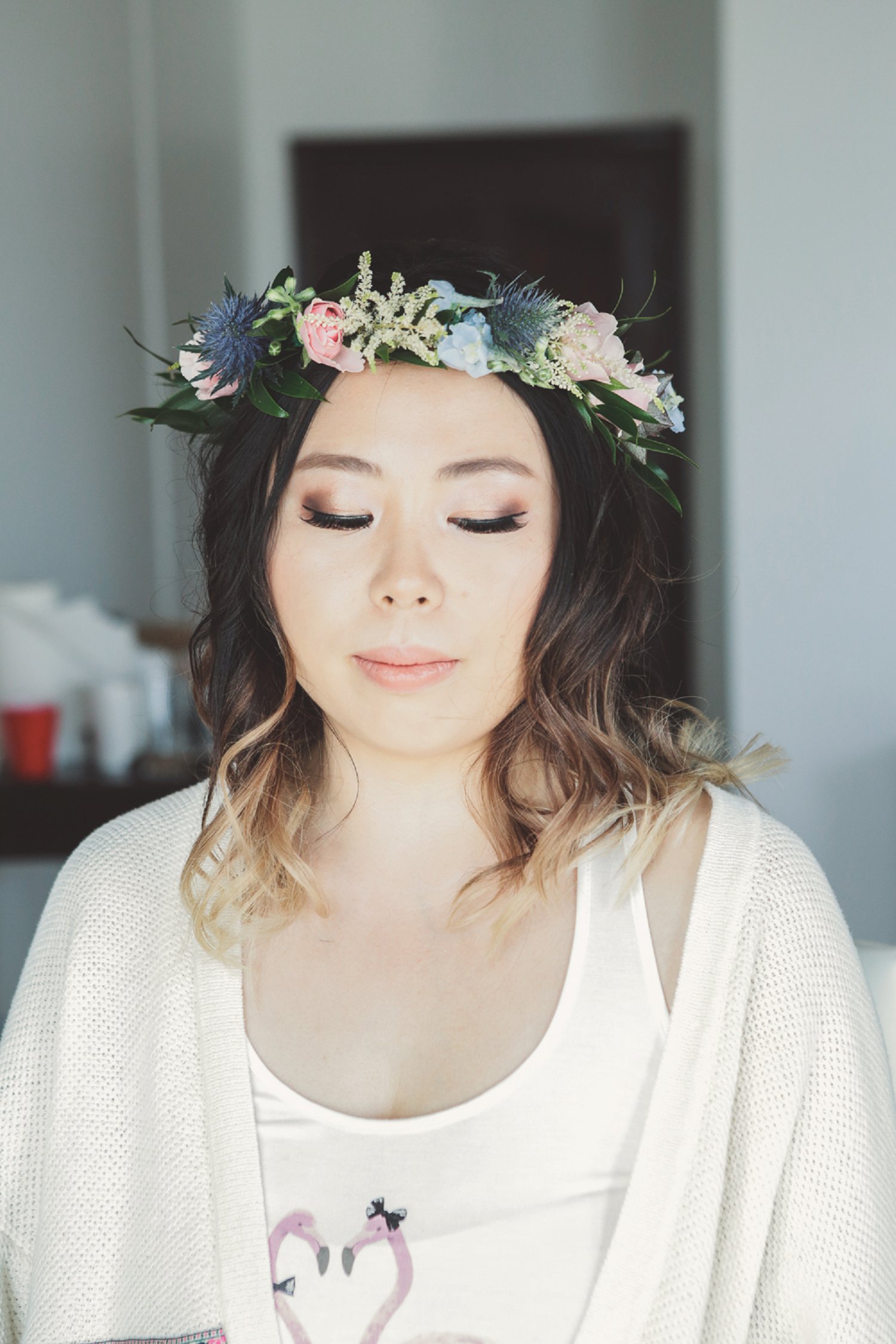 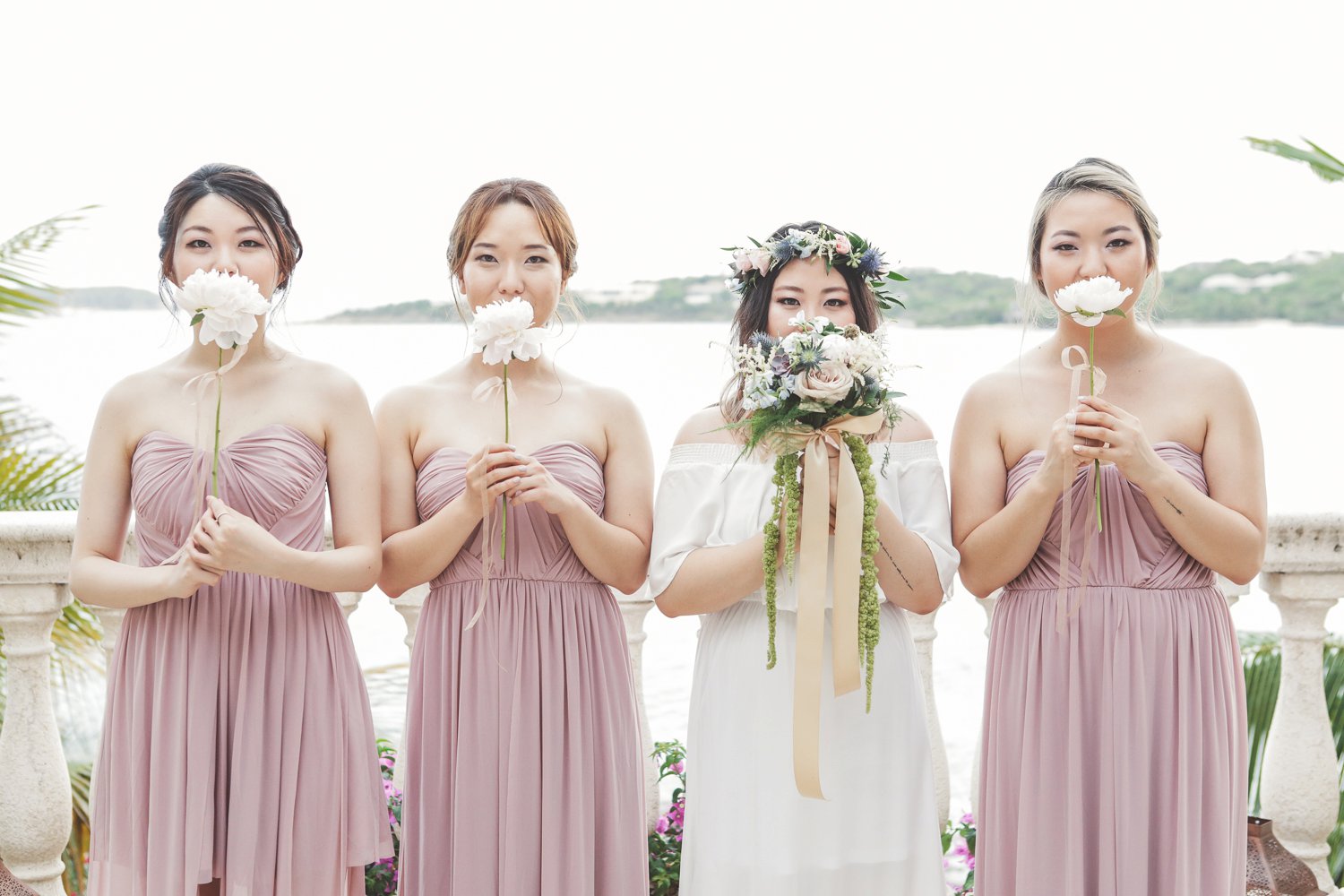 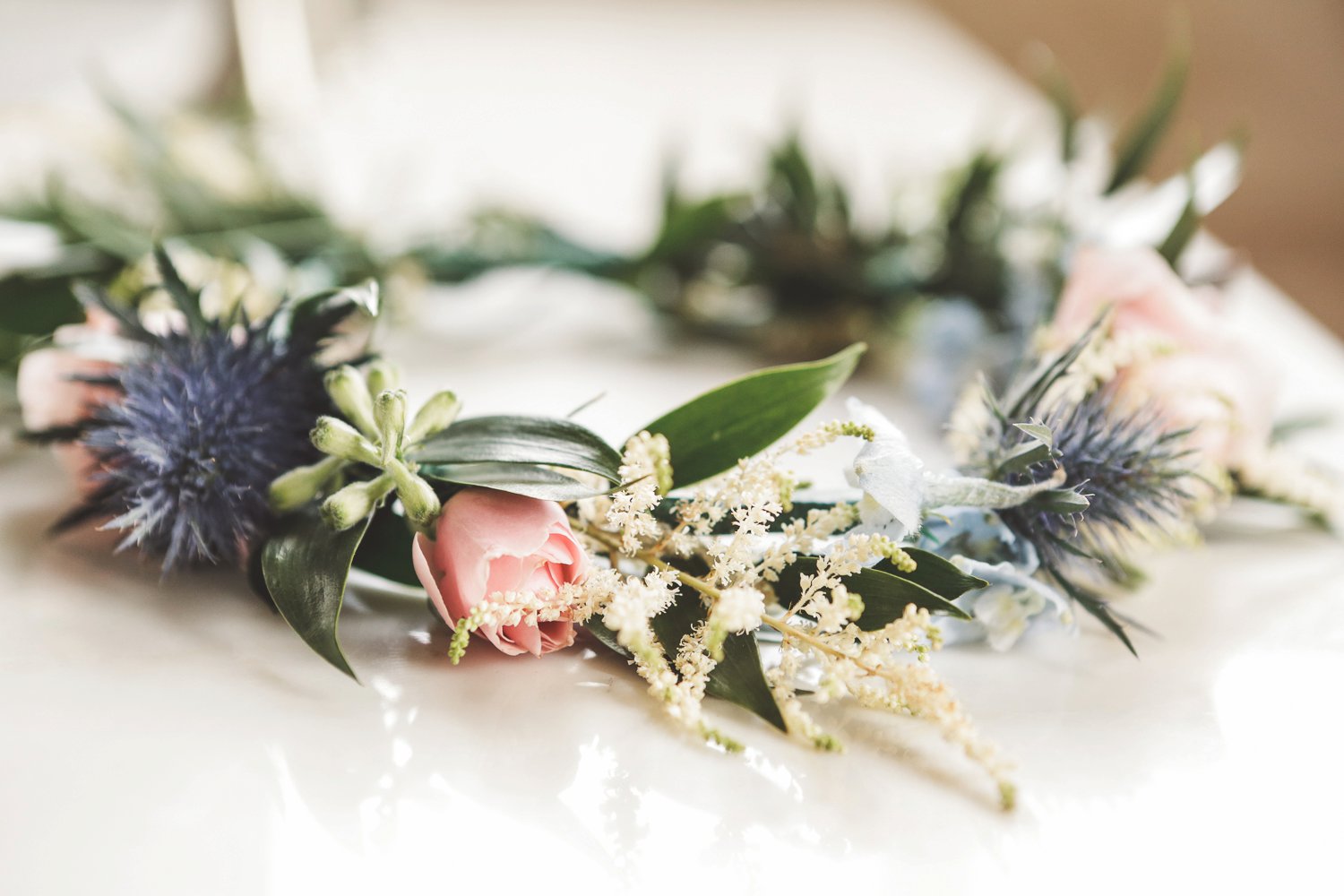 Audrey and Ben’s wedding ceremony was heartfelt and personalized. But there was also a sense of ease because of the intimate group size – 14 people in total.

The bride and groom and entire group stayed at Villa Serenita and it was the natural choice of location for the ceremony venue and dinner reception as well. 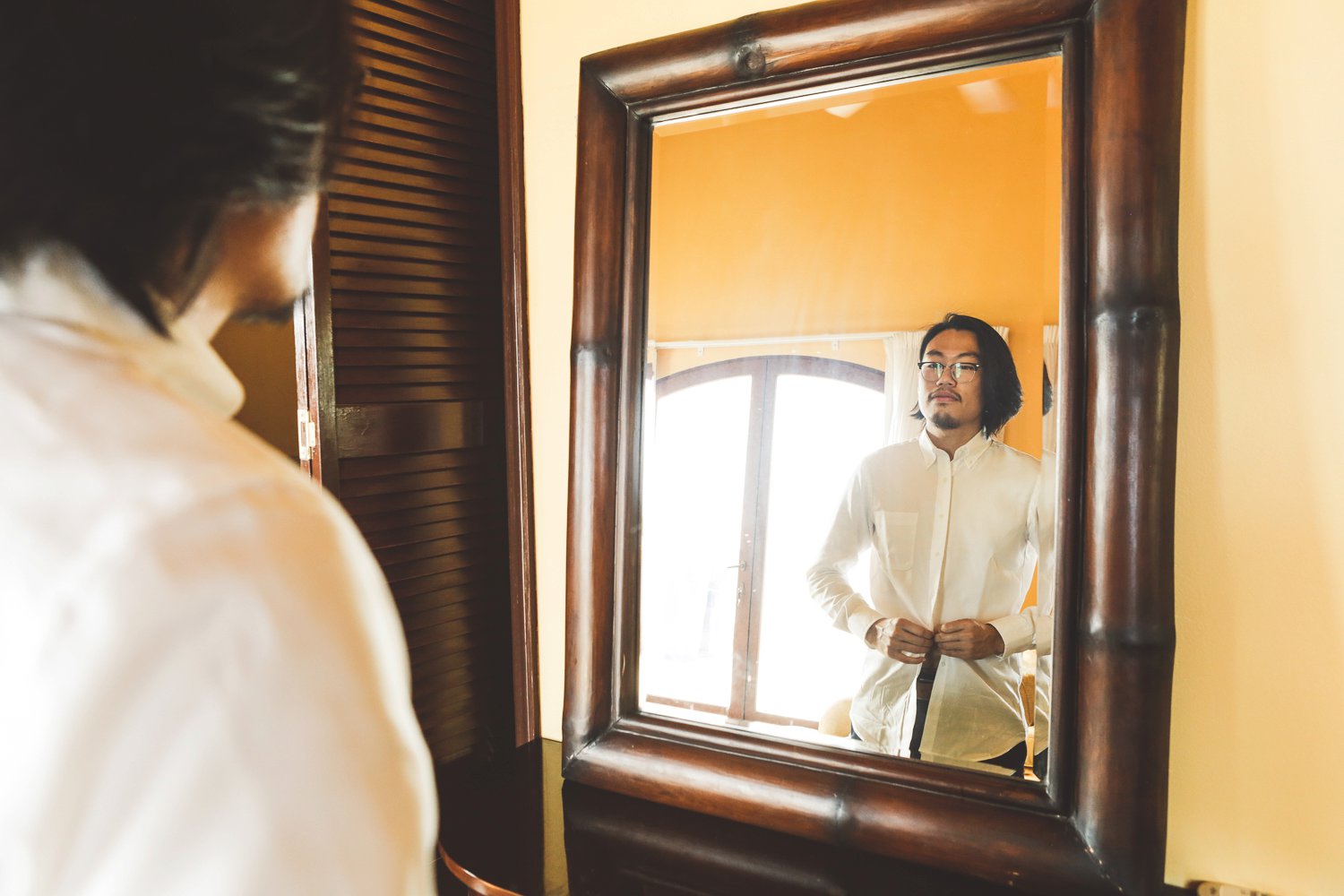 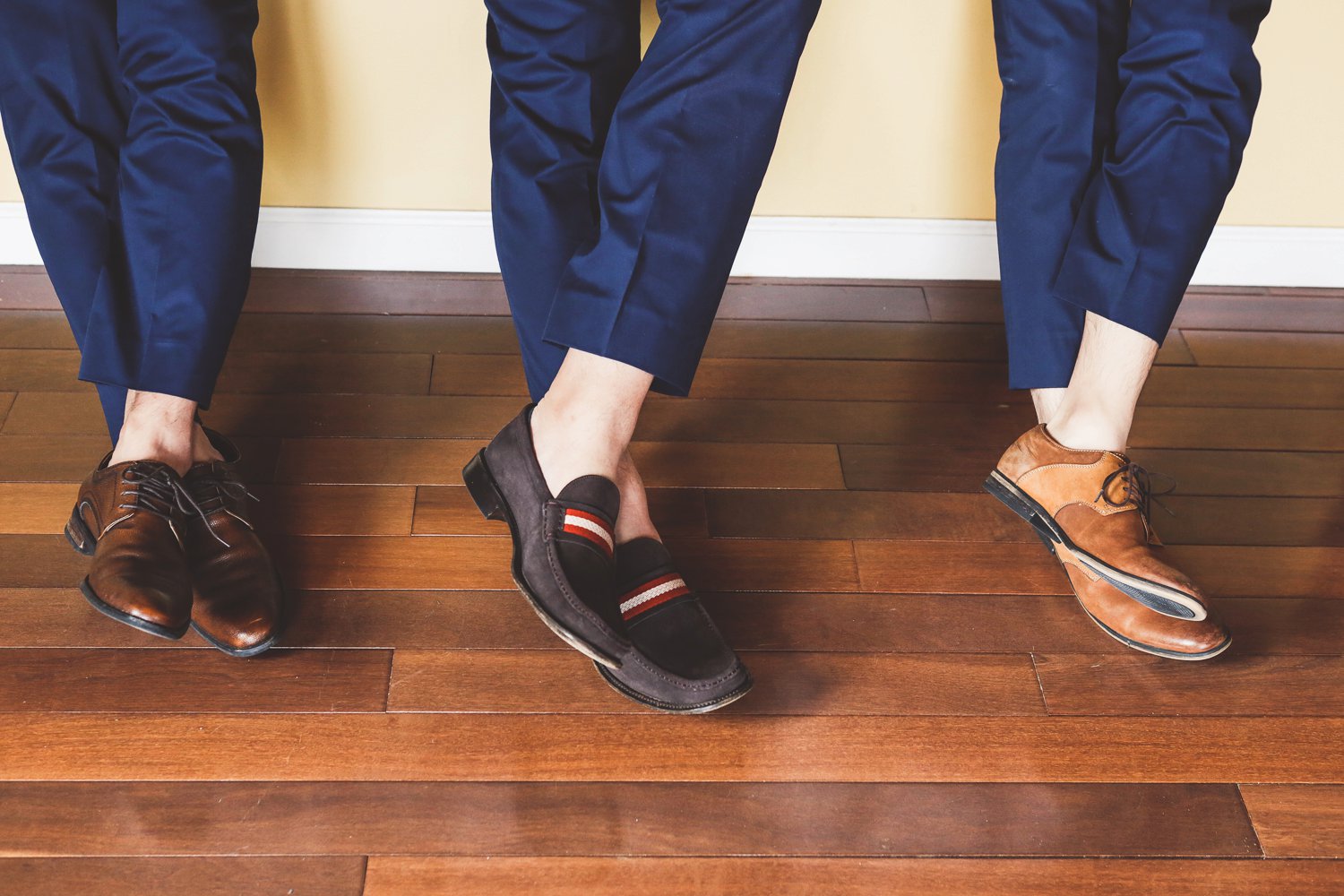 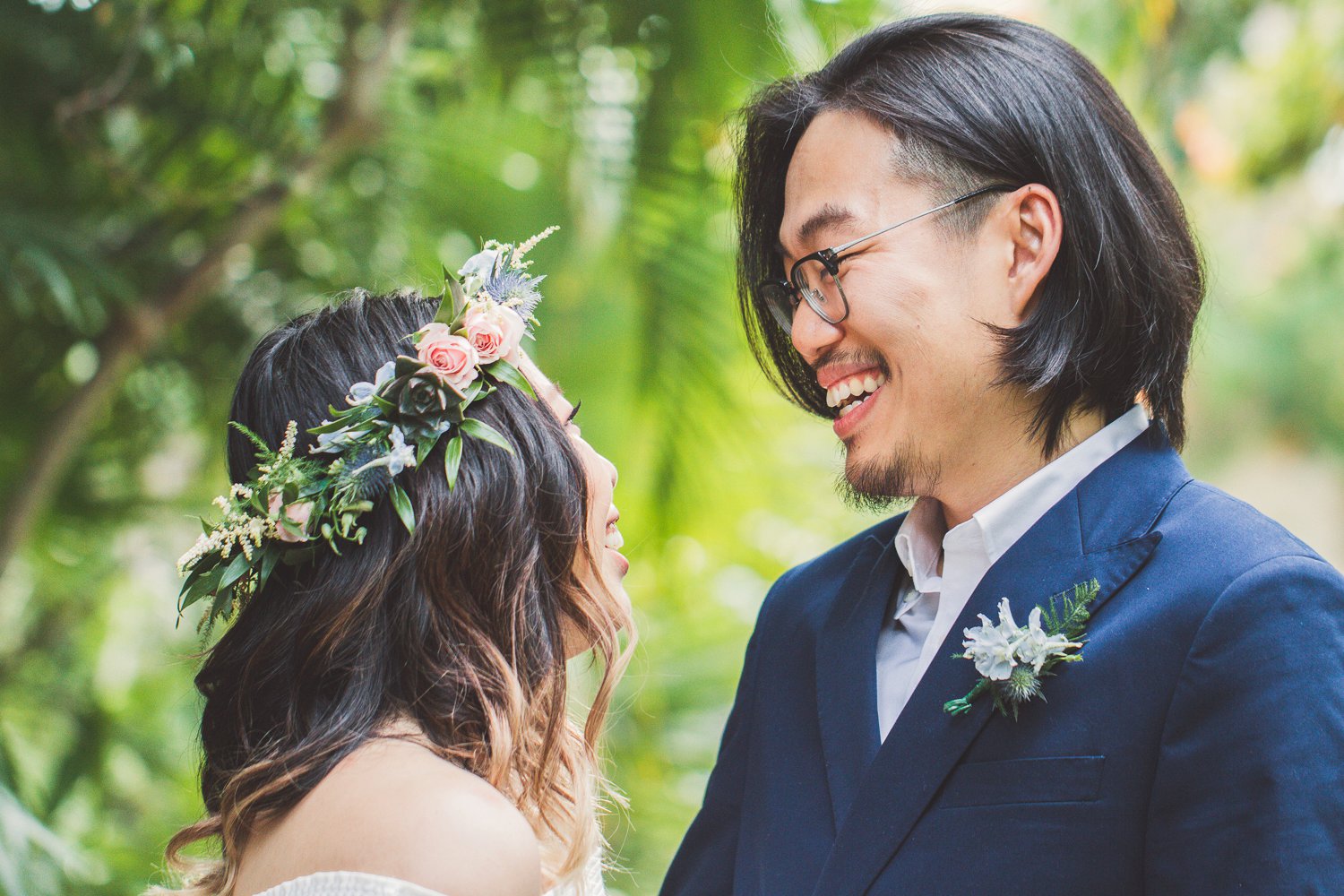 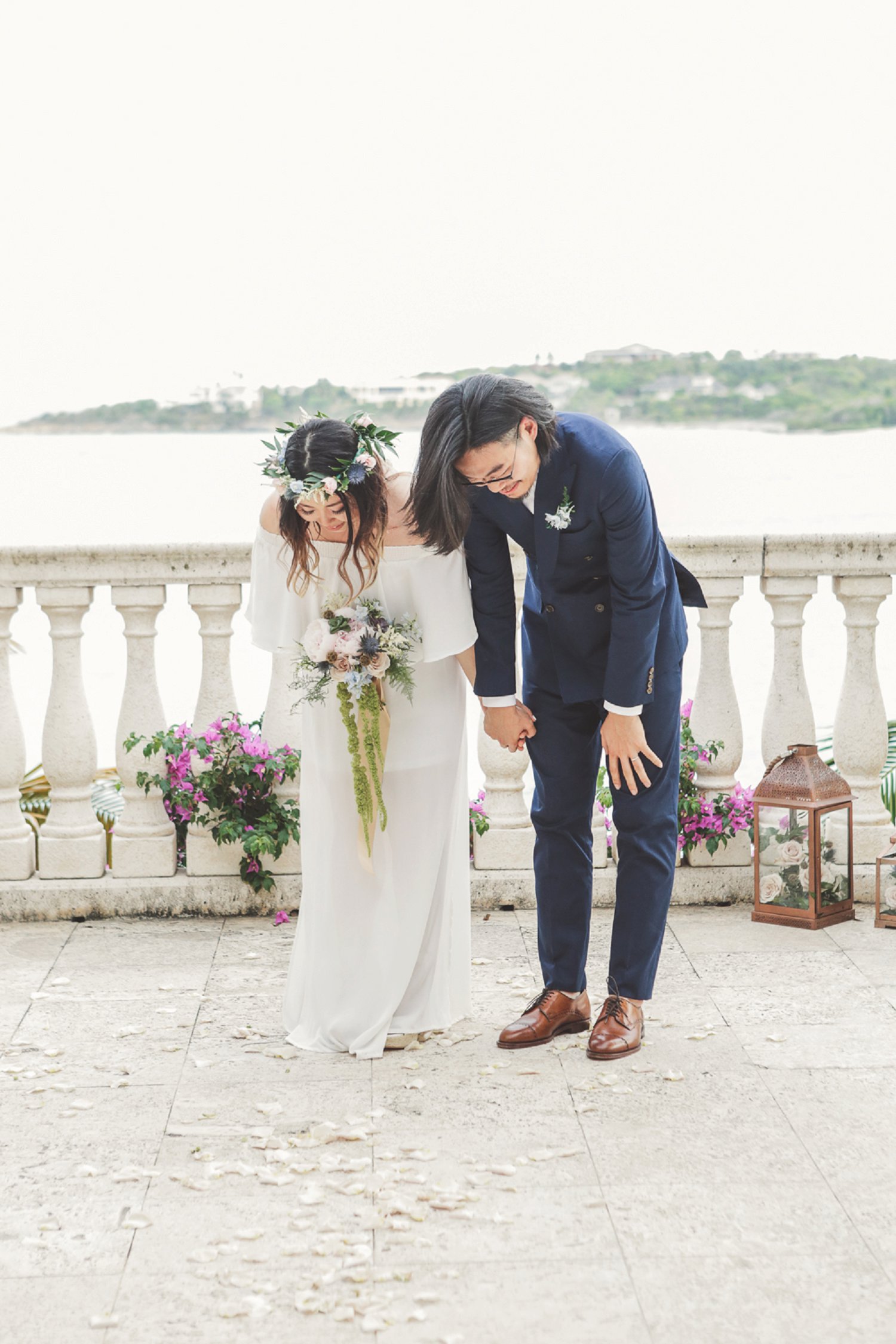 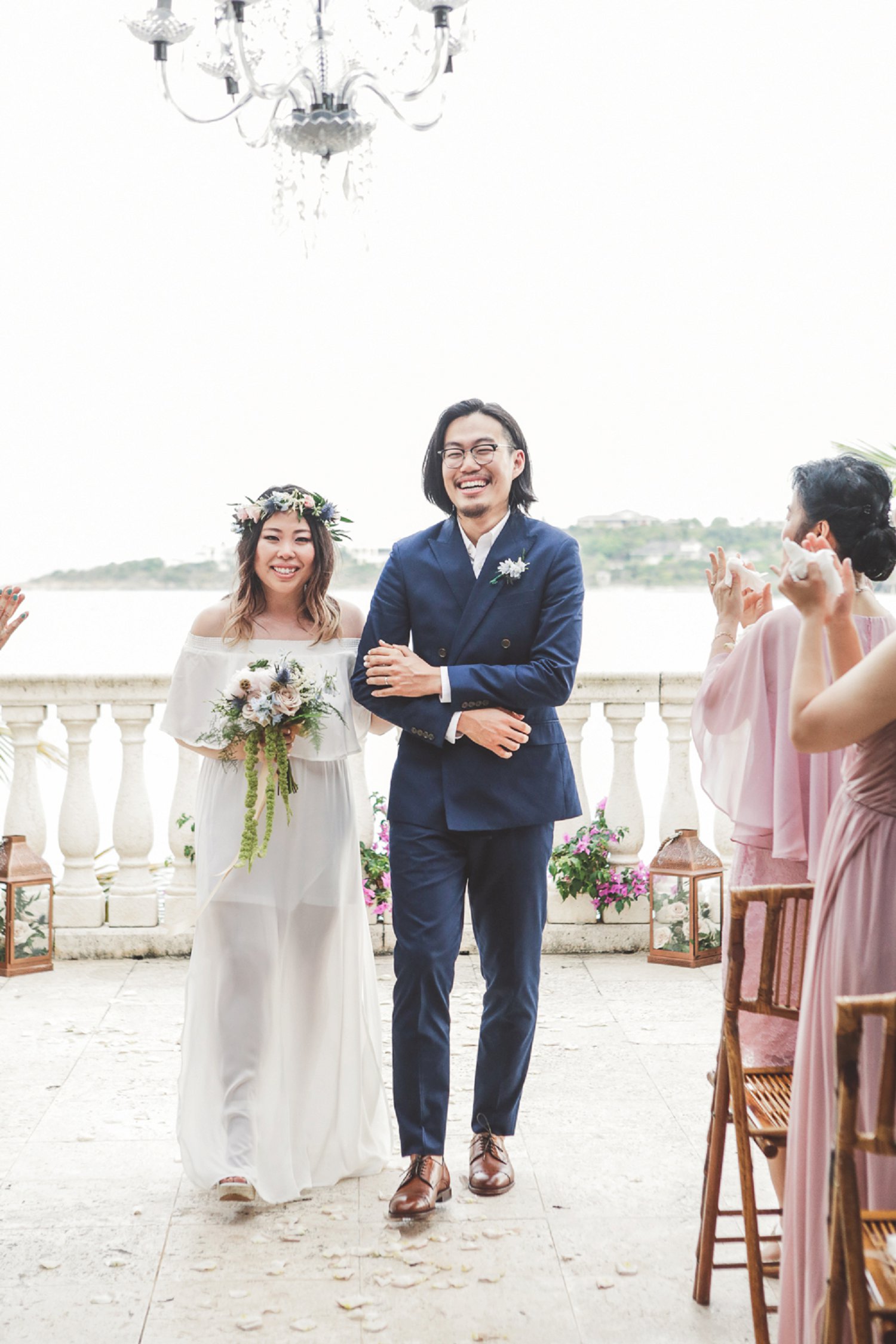 As you already know, I live for the decor and styling details of my weddings, but my favorite part of planning Audrey and Ben’s un-traditional wedding ceremony itself.

The ceremony itself was very simple and centered around the exchanging of vows and incorporated both American and Korean wedding traditions.

To give you an idea: the ceremony begin with the officiant – a close friend of the bride and groom – orchestrating the entrances.  First the mothers entered – reflective of their honored position in the family. They bowed to each other, and took their seats. Then Ben walked down the aisle and then Audrey, escorted by her father.

While they did have a wedding party, the bridesmaids and groomsmen were seated for the ceremony.

The ceremony itself began with Audrey and Ben exchanging their promises, followed by the fathers who both stood and offered advice and words of wisdom to the couple.

Then the kiss. And that’s it! 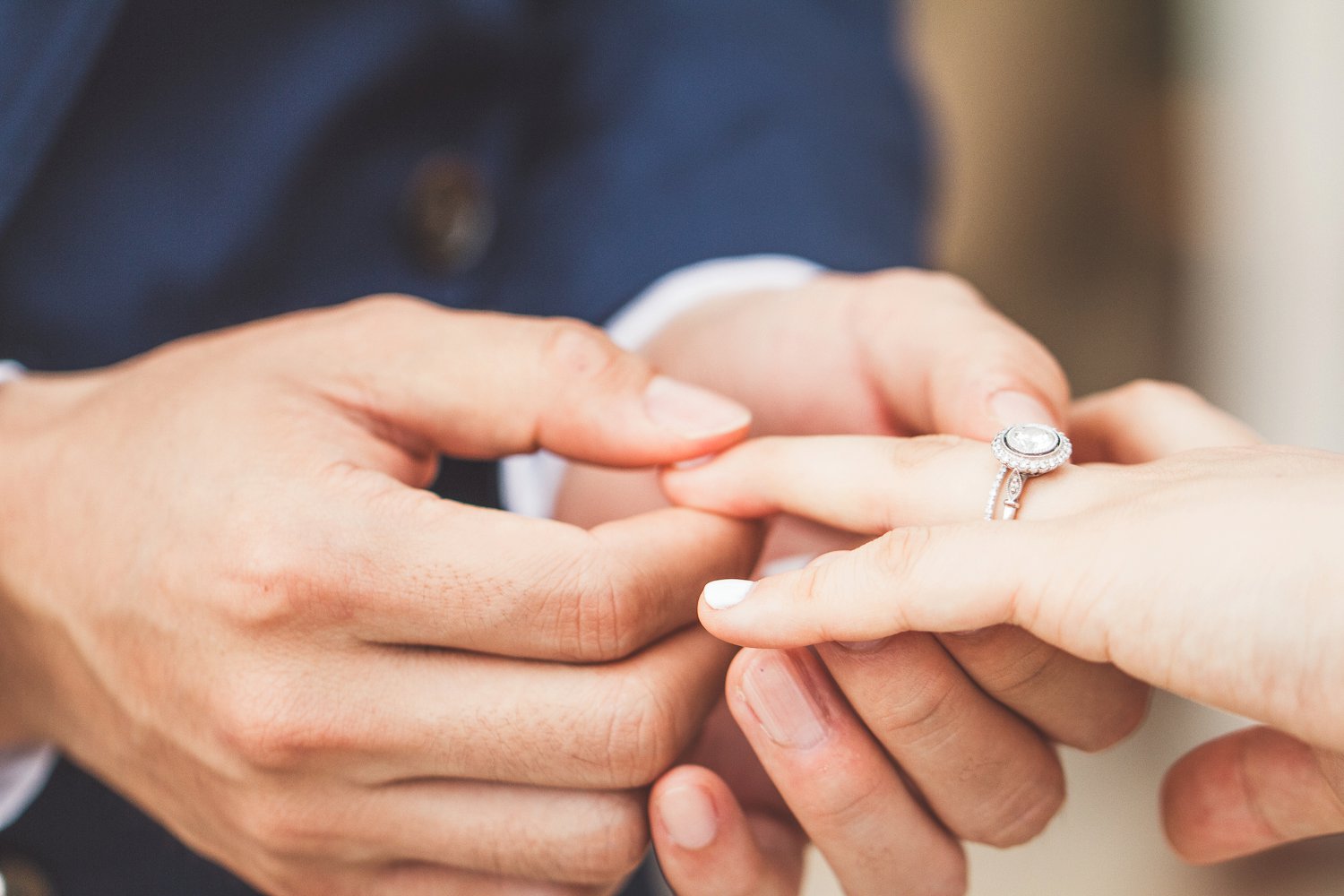 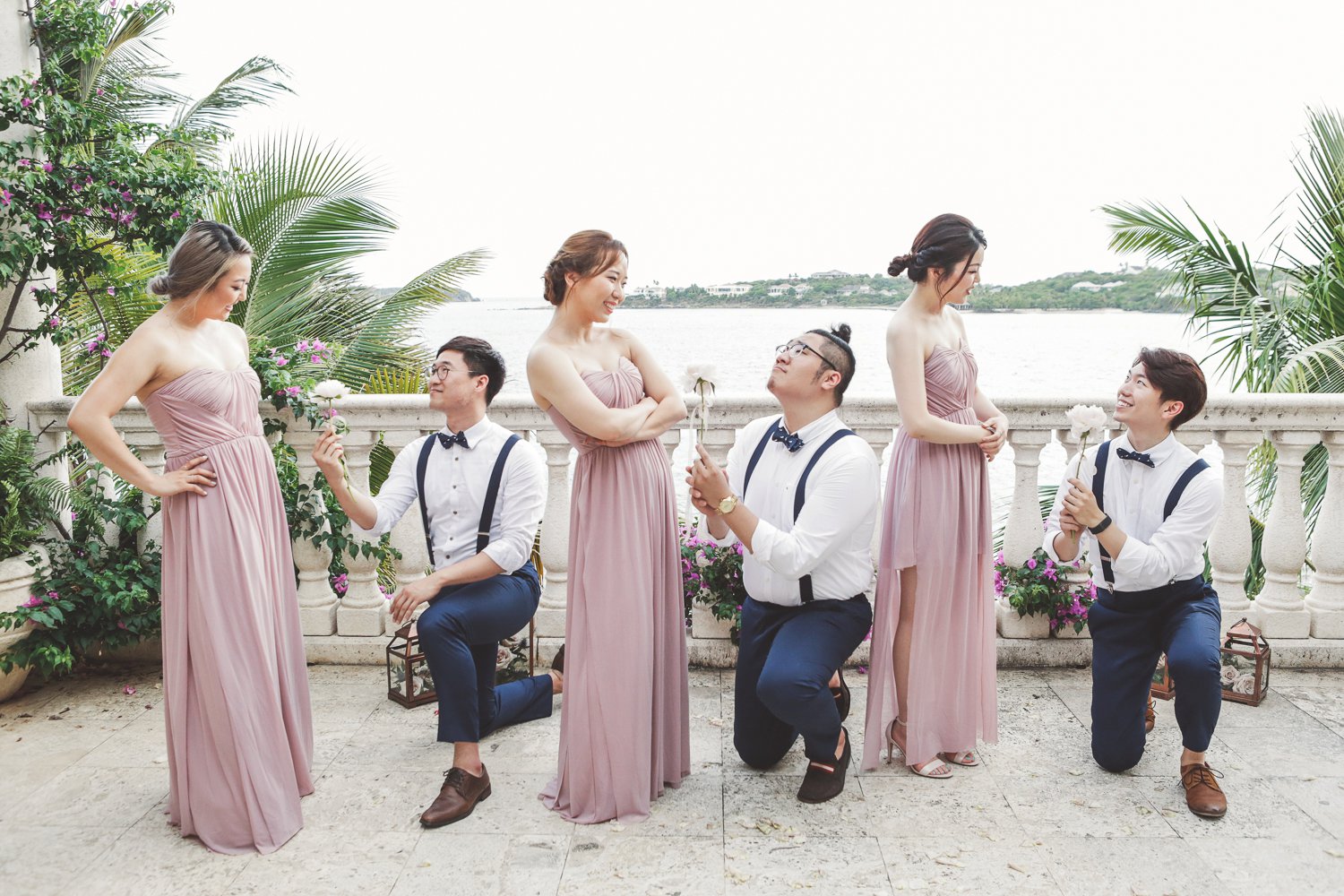 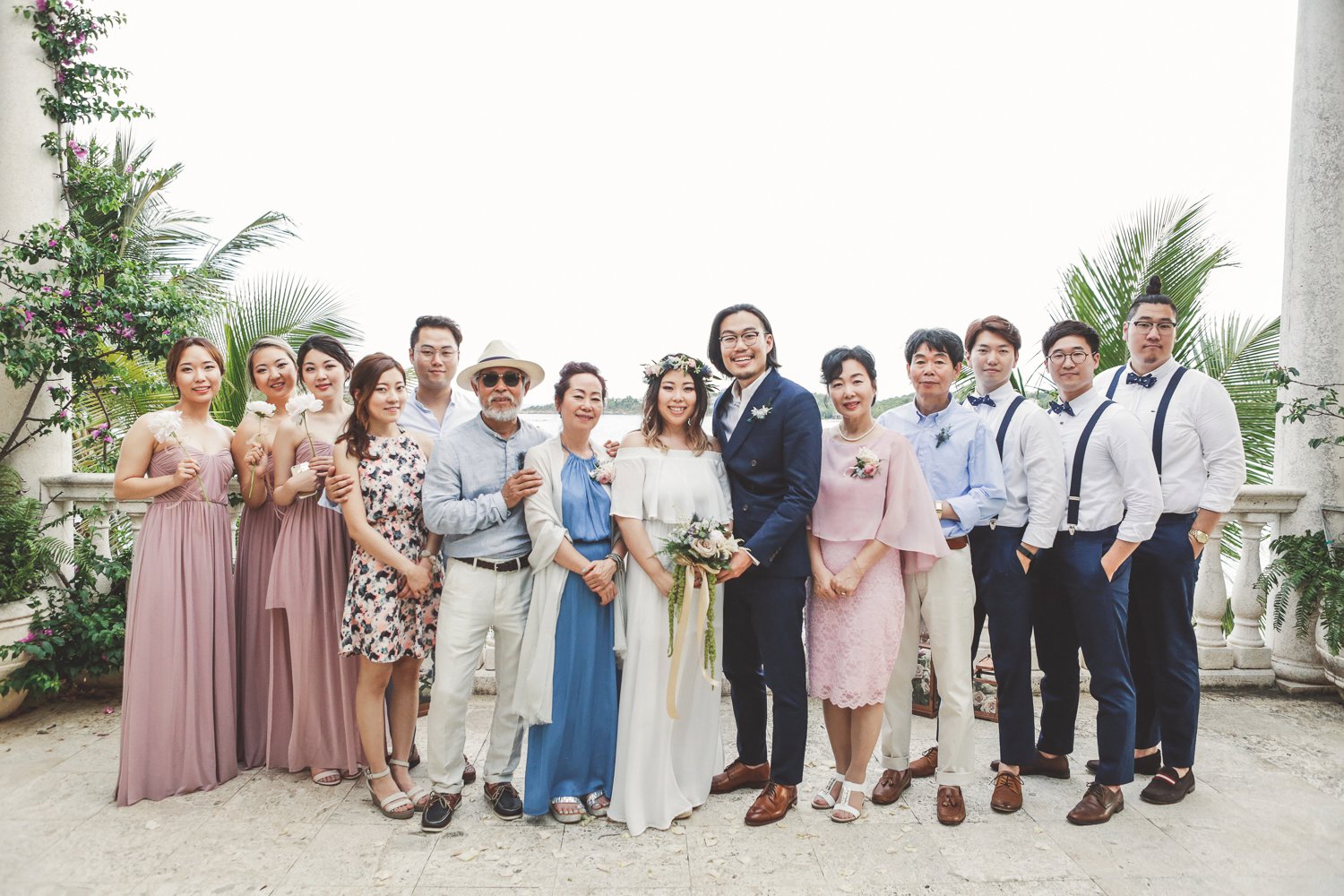 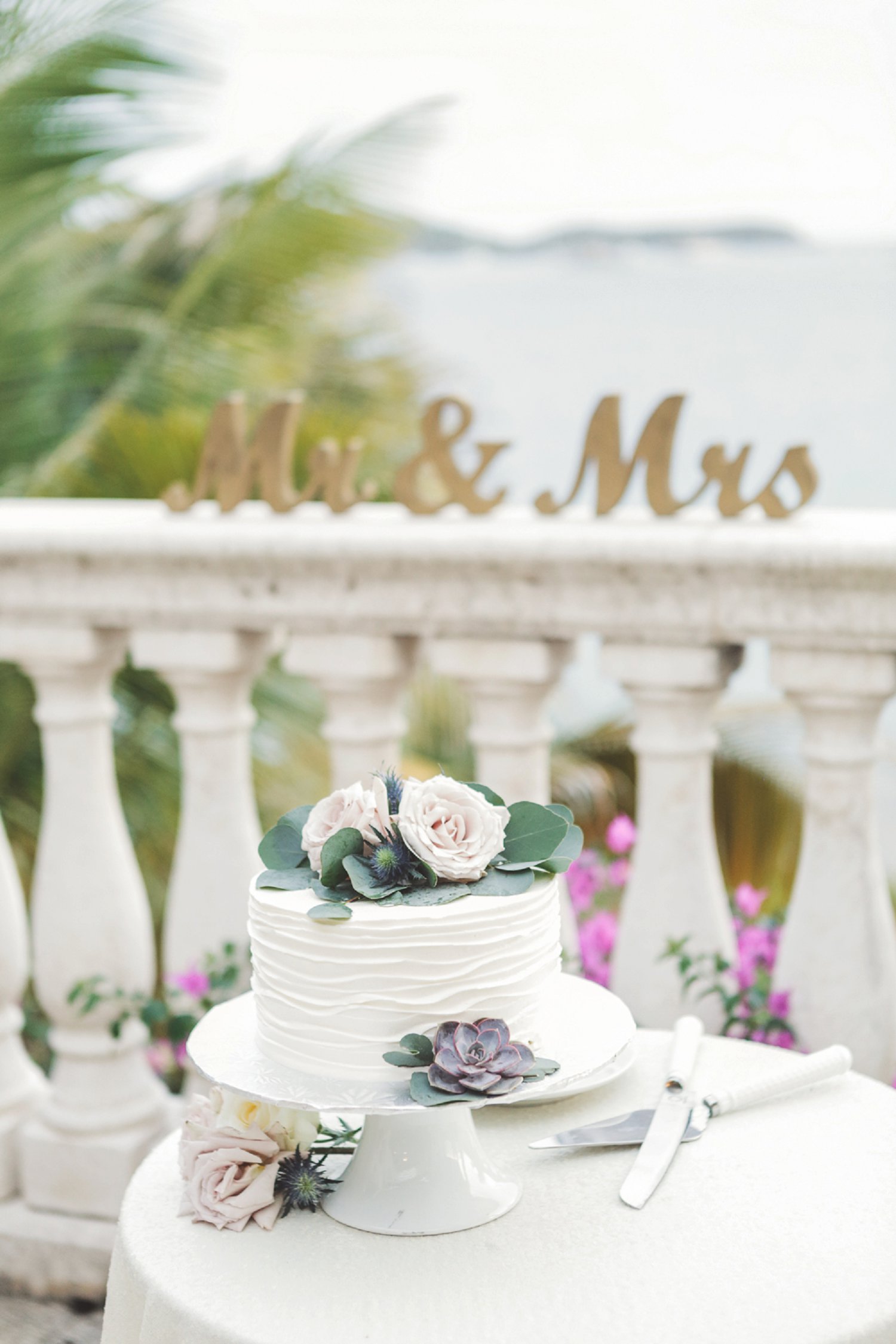 After the ceremony, Audrey and Bed had fun with many of the American customs – a toast, cake cutting and first dance.

Ben and Audrey surprised their mother and father respectively by then inviting them to join for the traditional American father/daughter and mother/son dances. 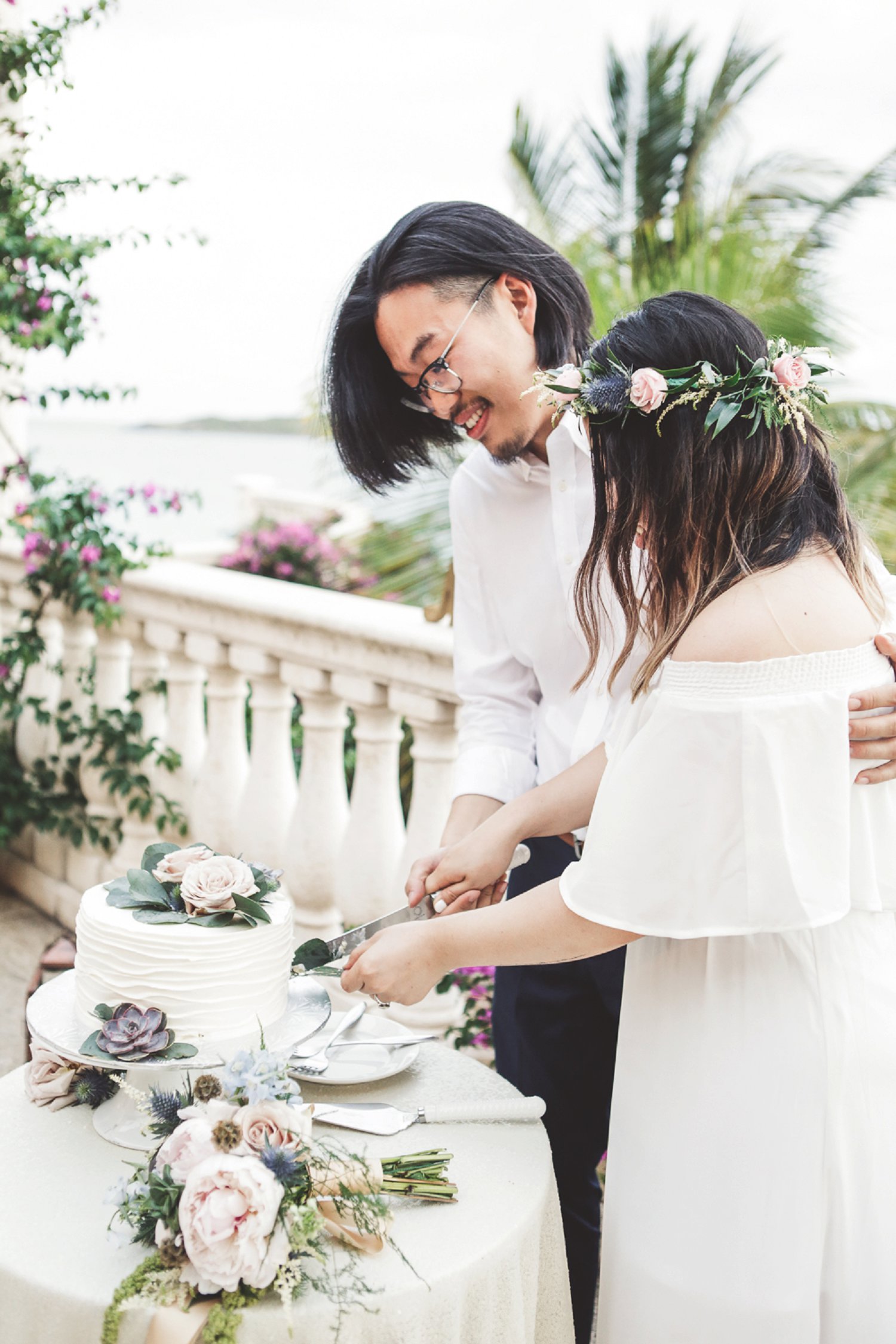 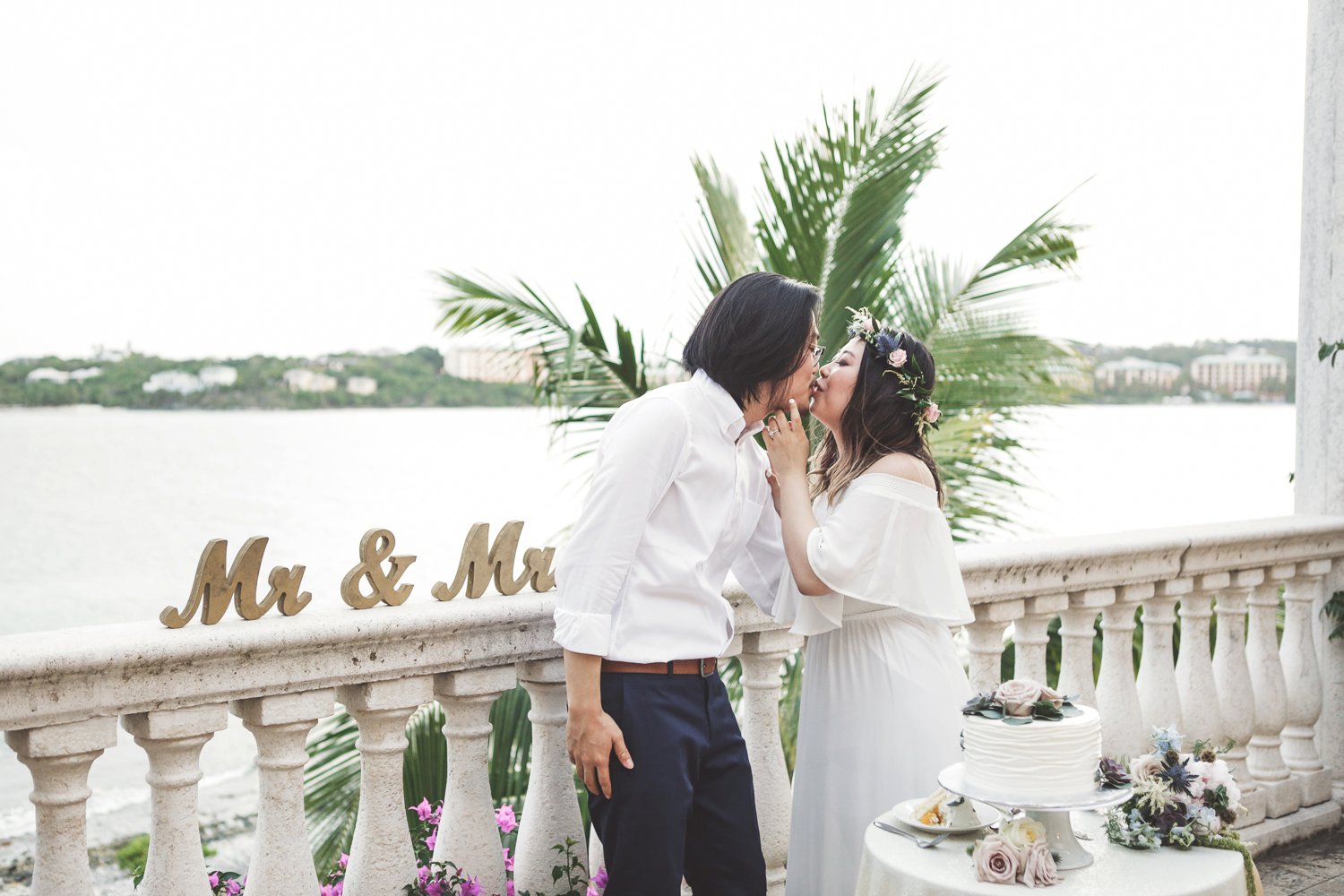 Very often, for various reasons, clients choose to skip the parents dances. And Audrey, herself, was on the fence, since she didn’t think the parents would care, since they were unfamiliar with the tradition. But as we discussed it, we came to the realization that parents love tradition, and they would be excited for any tradition.

We kind of sprung the parents dances on them, right in the moment and they were so honored!

Thank you so much for everything. Everything was smoothly done. 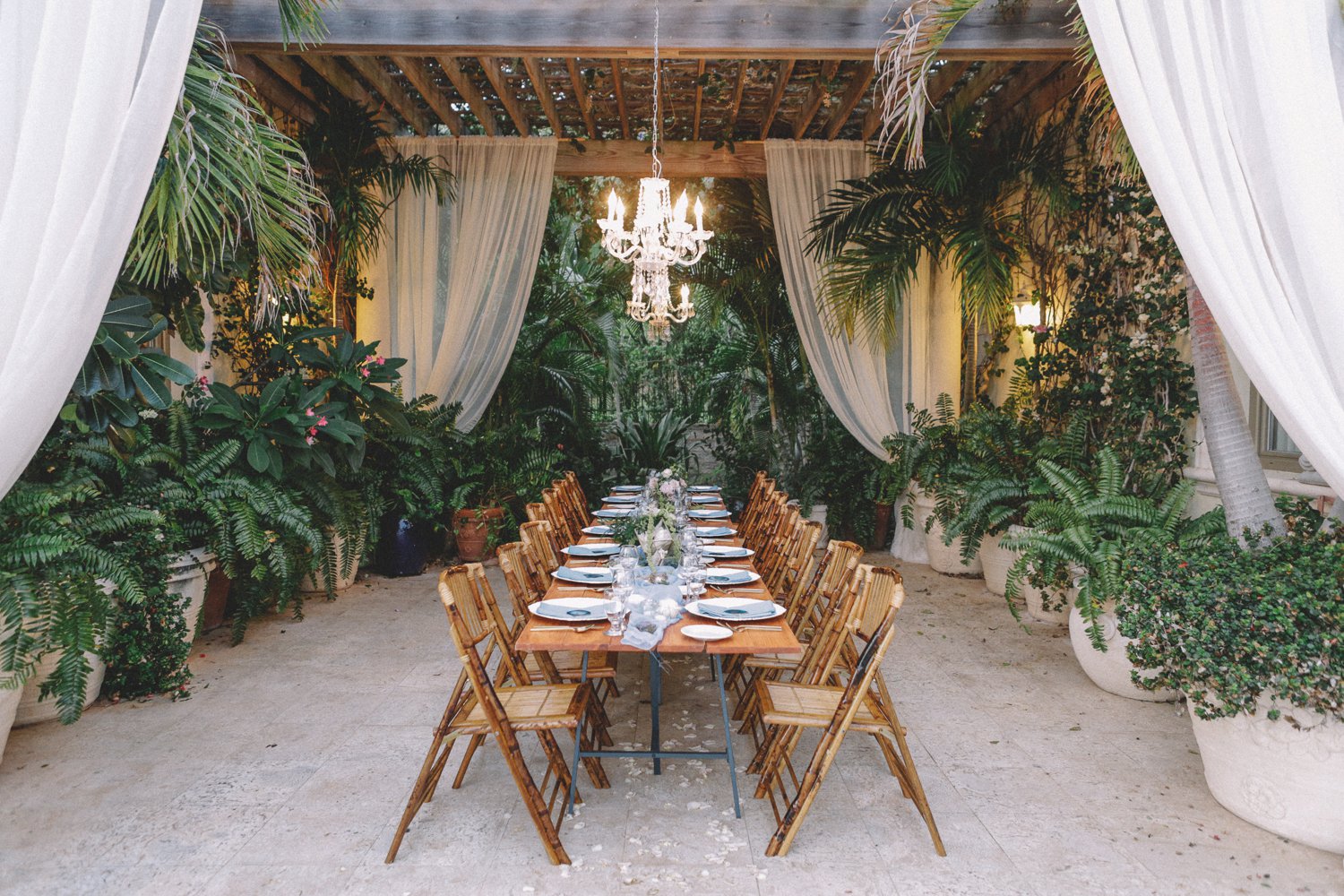 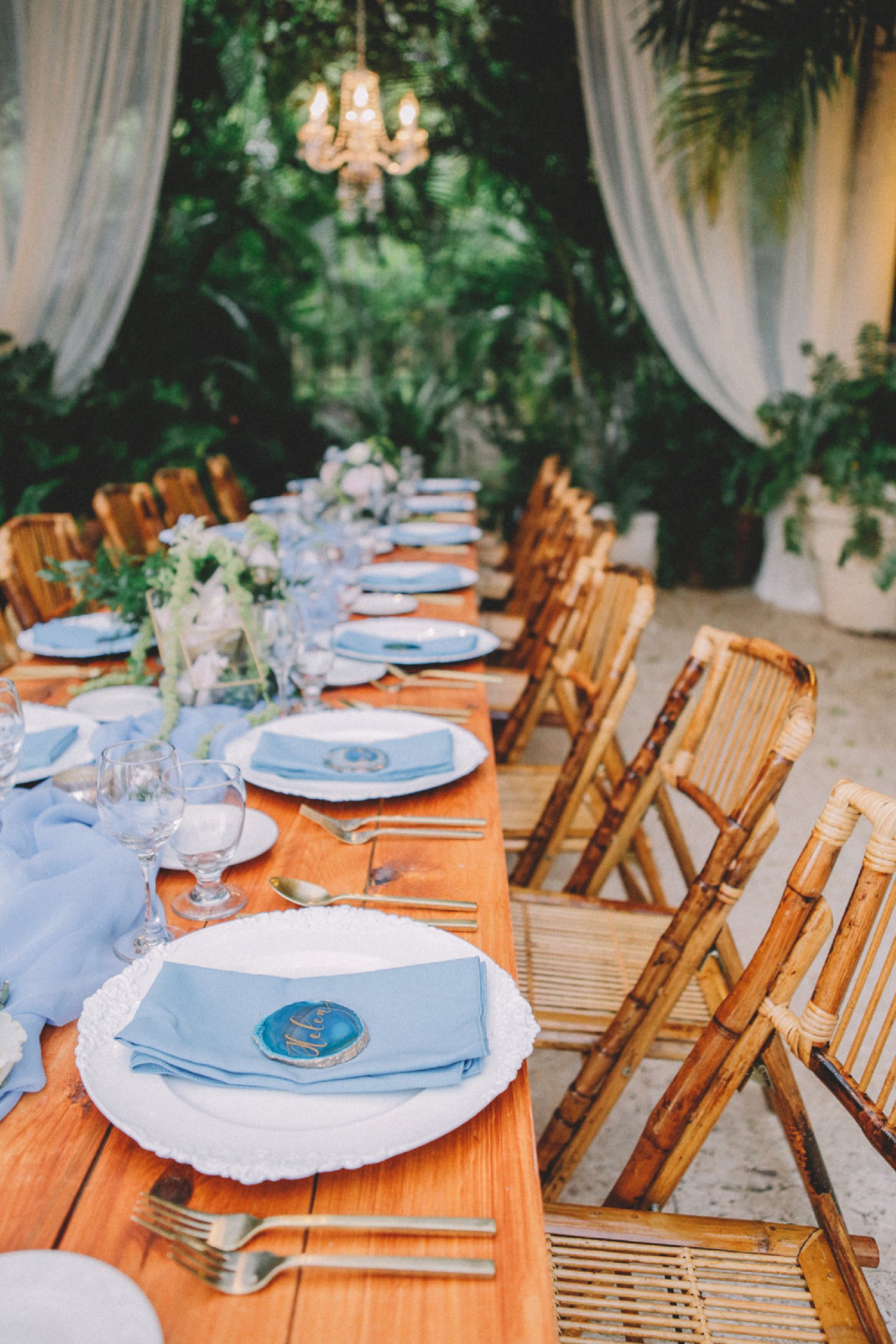 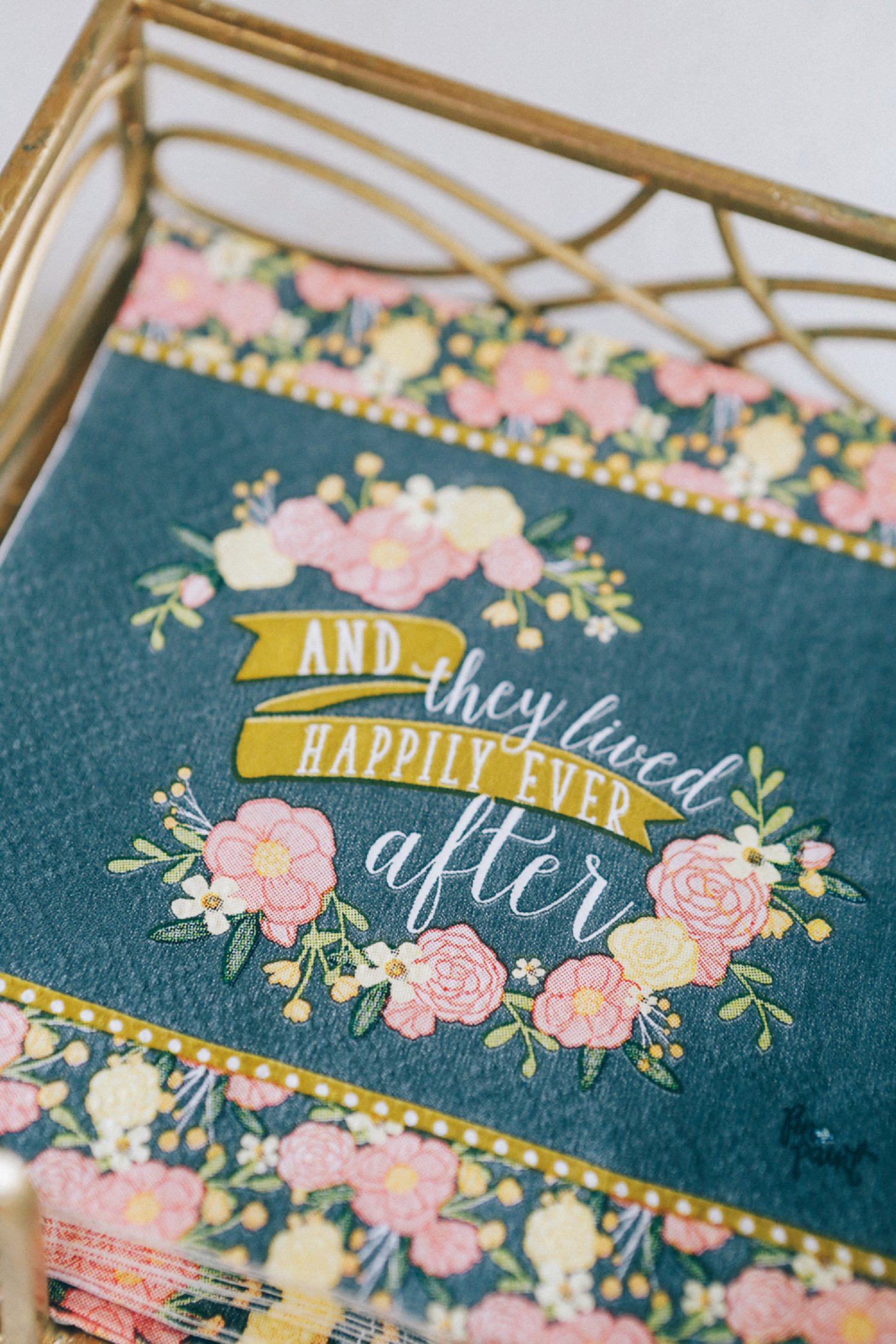 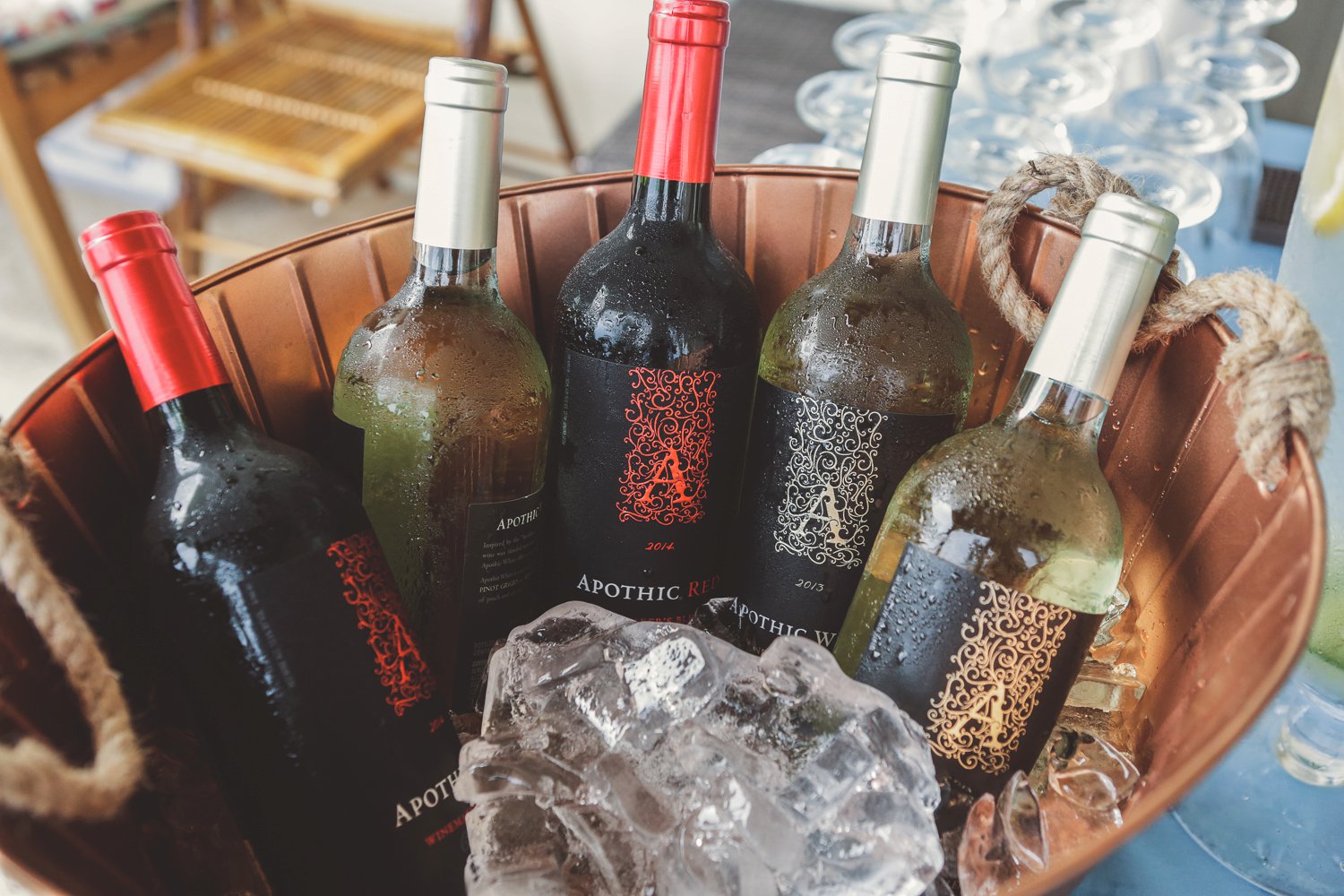 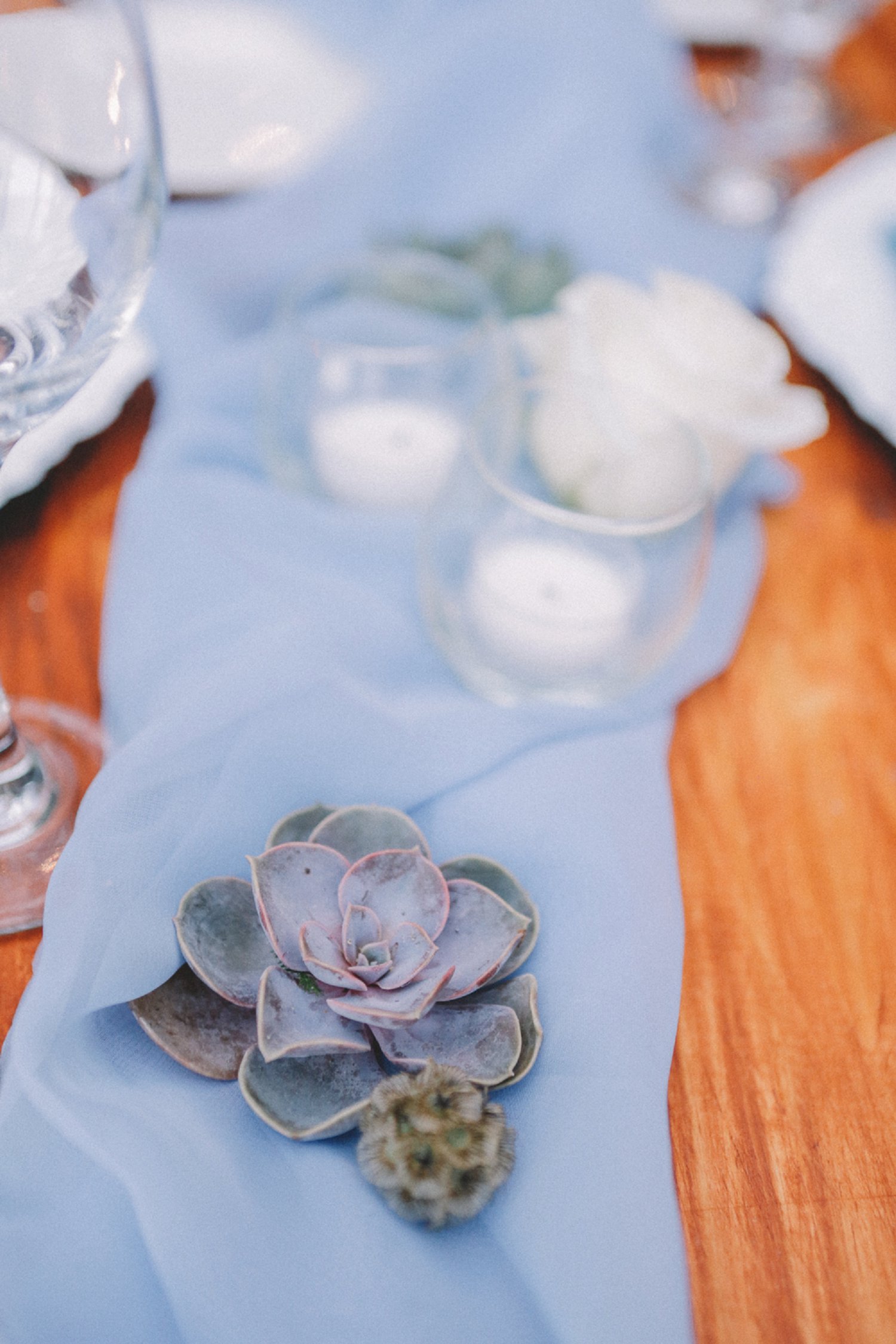 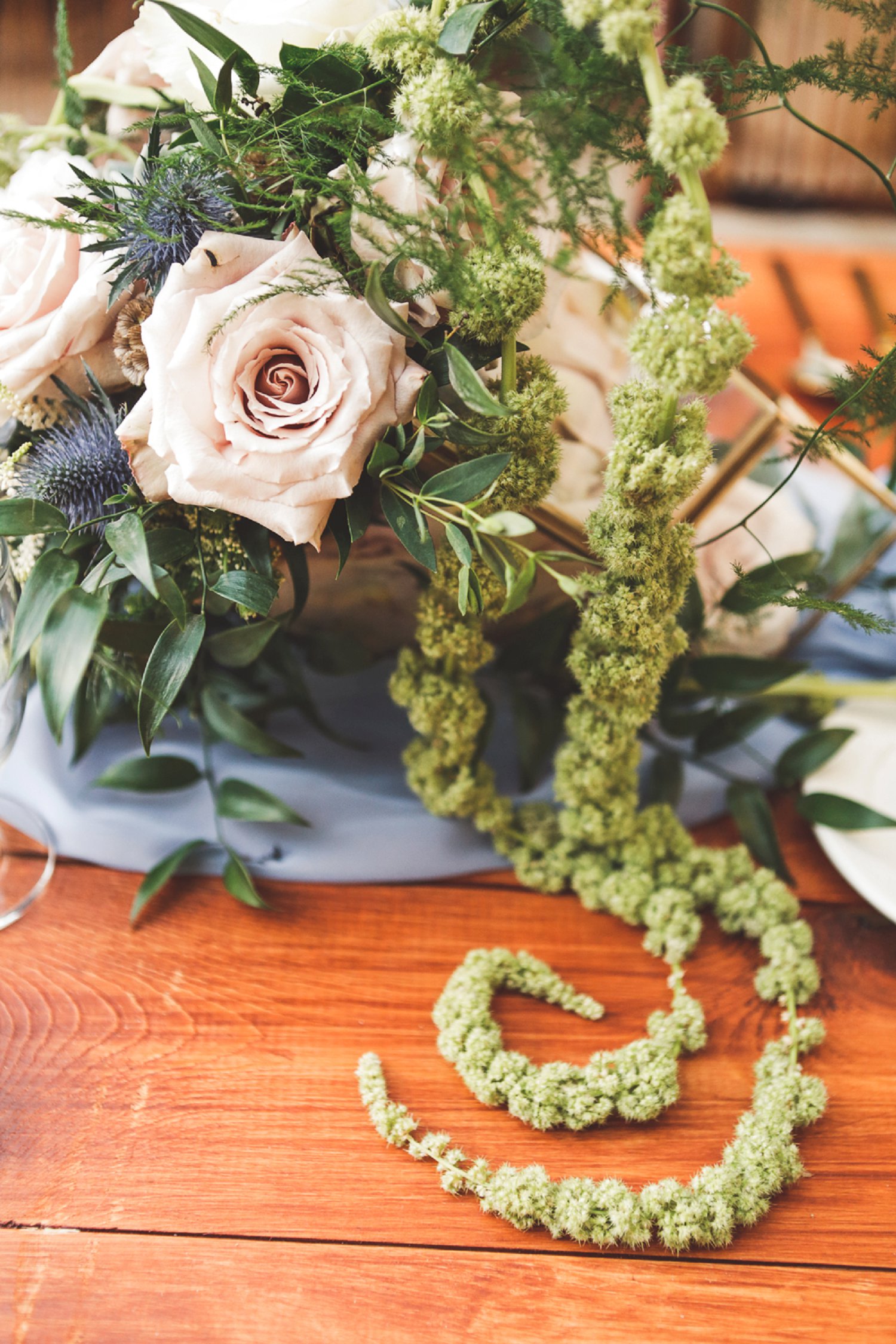 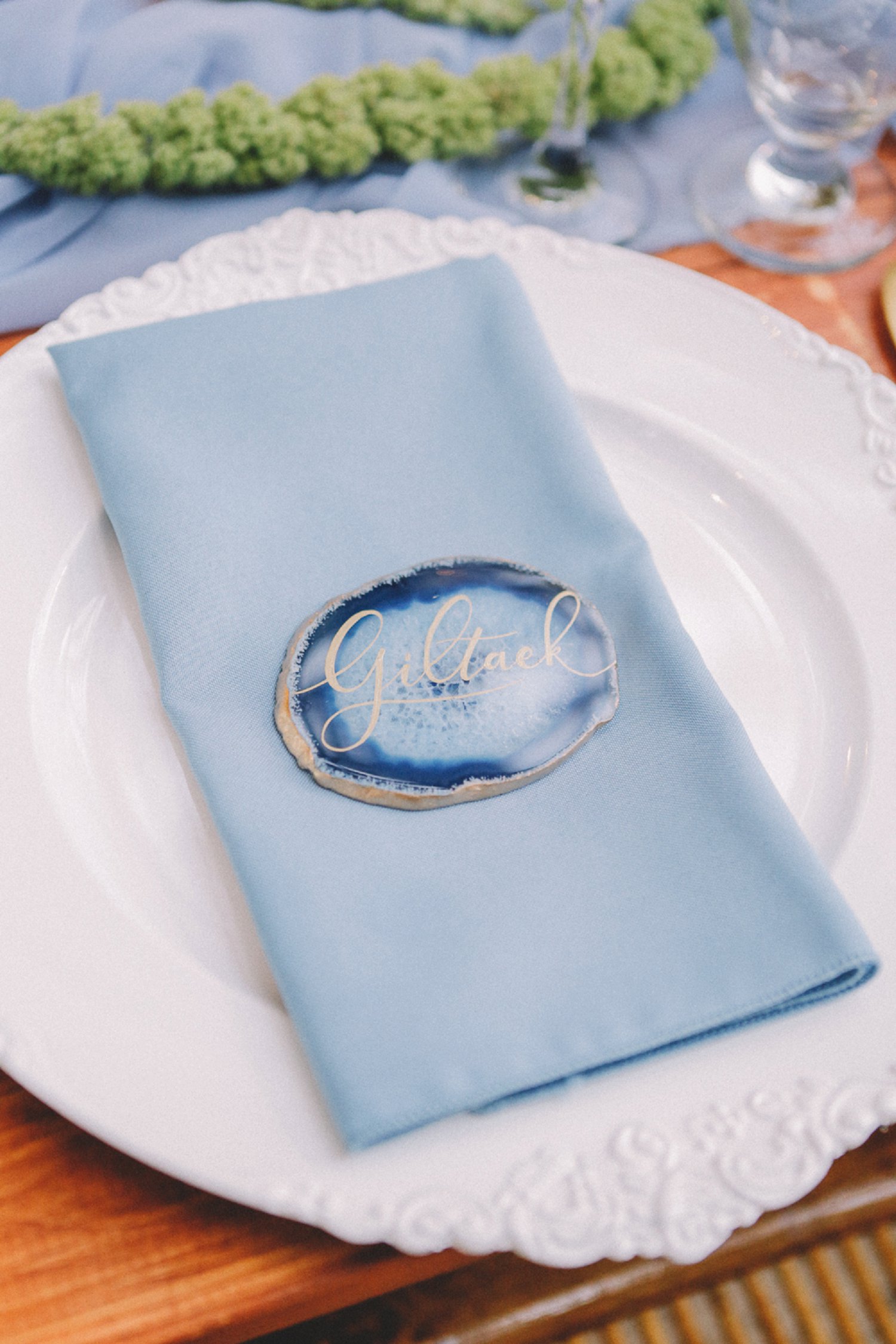 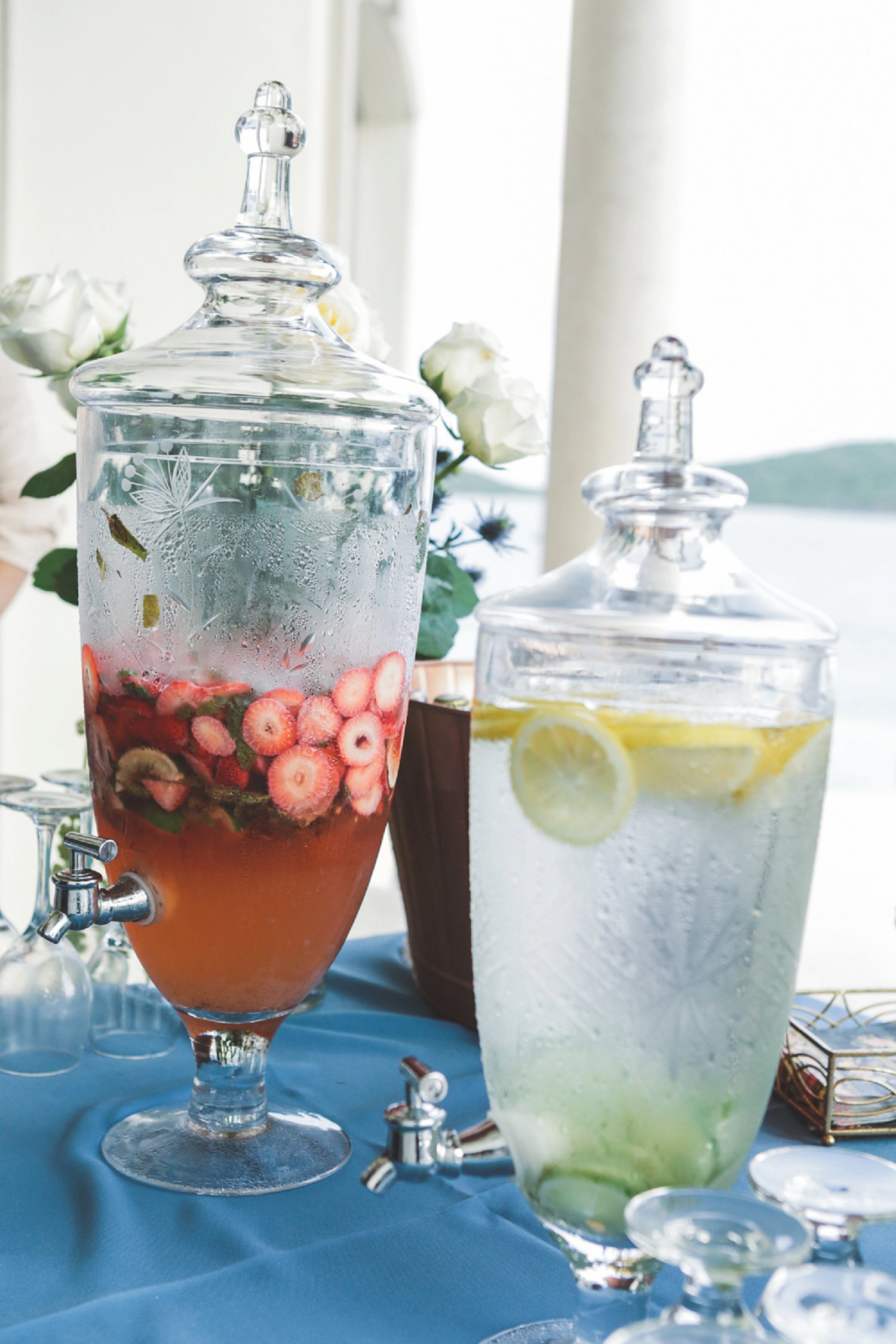 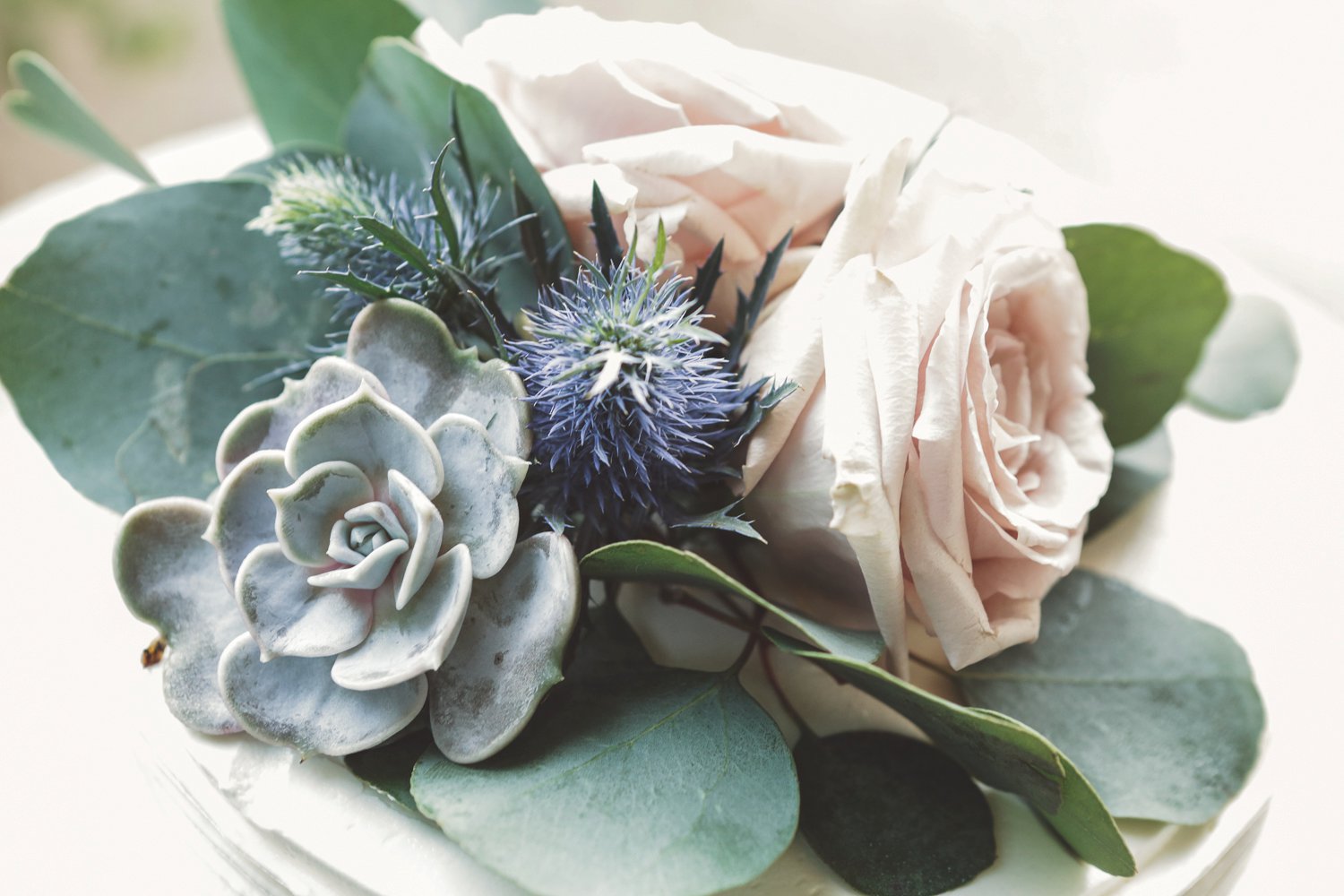 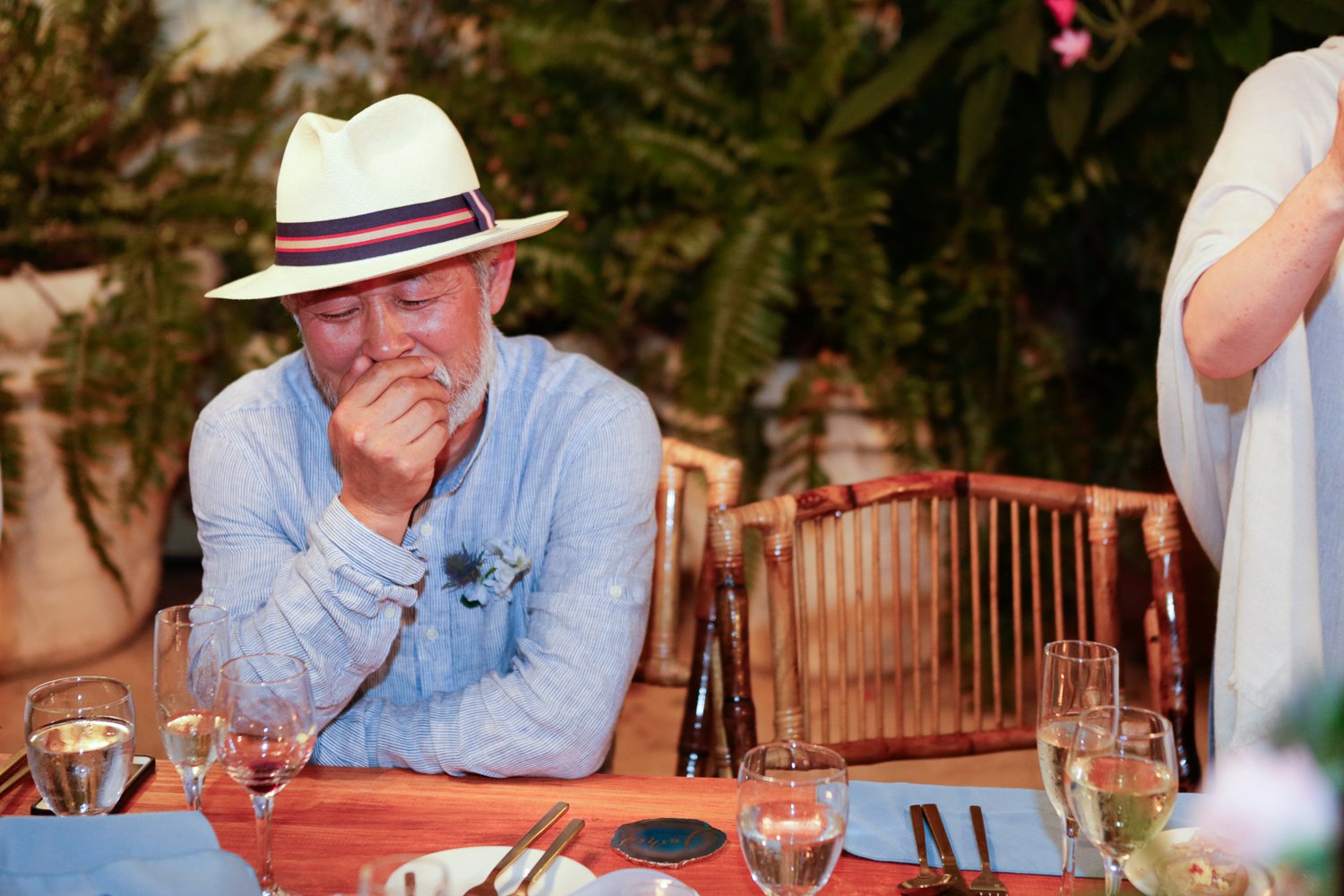 I loved the dining set up under the arbor. Everything was a mix of modern with tradition. The romantic chandeliers and dramatic draping vs the wood farmhouse styled tables; the agate place cards against the white vintage chargers; the soft and romantic flowers arranged in modern gold and glass terrariums. 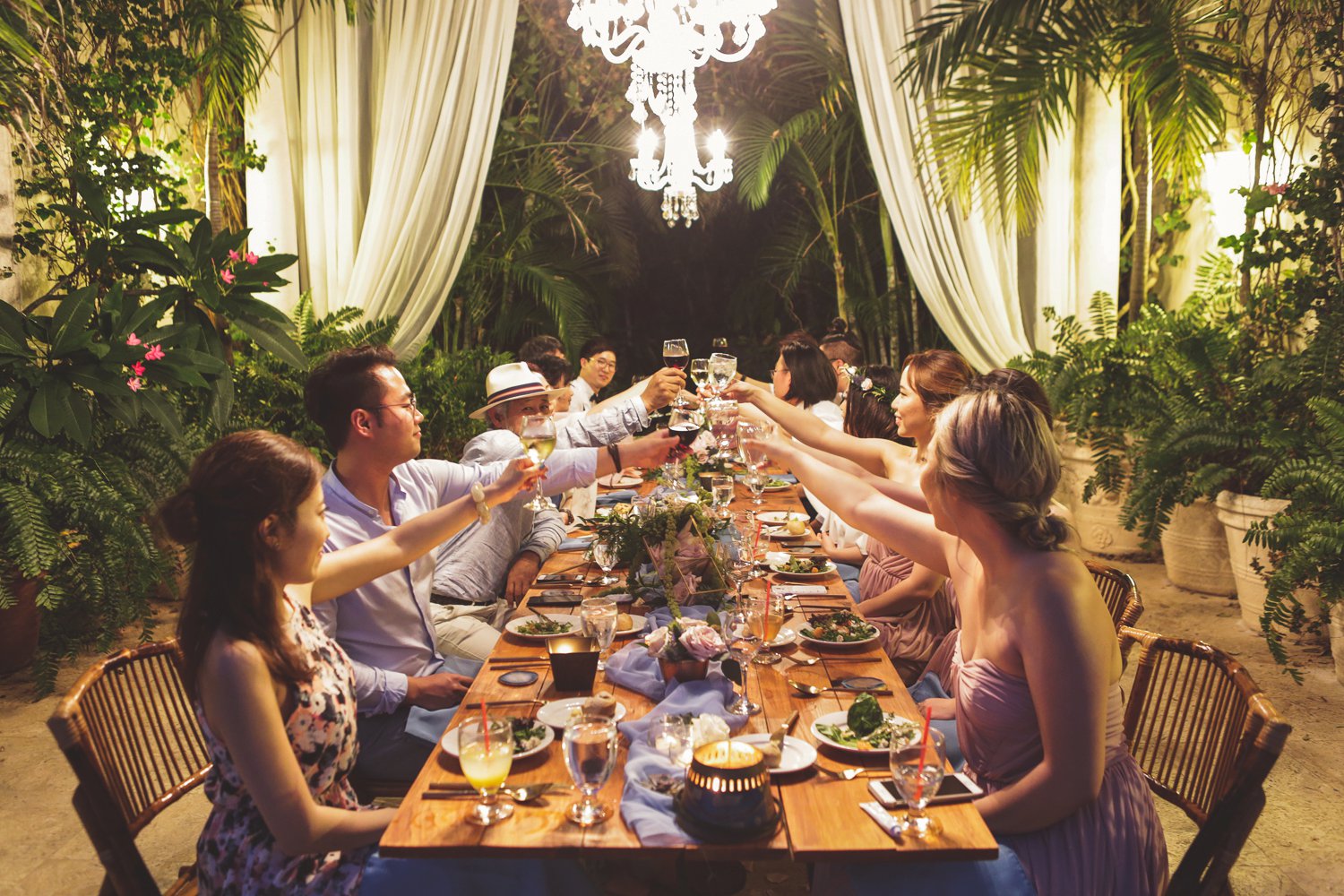